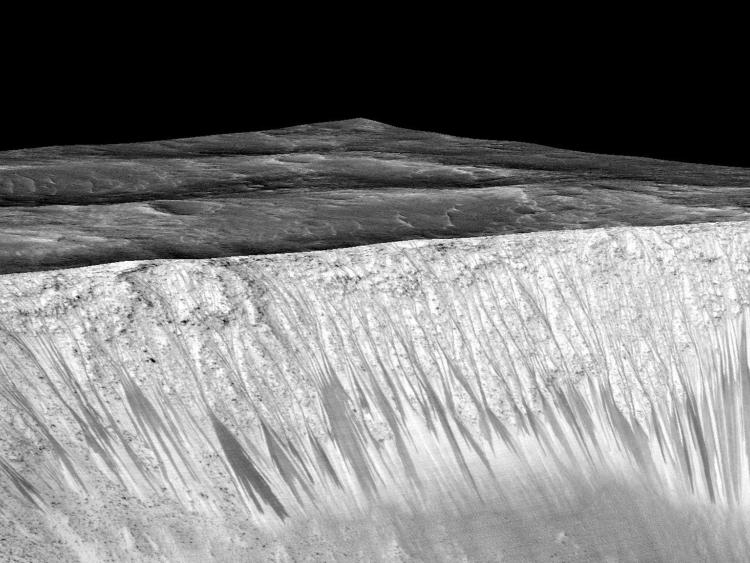 Liquid water runs down canyons and crater walls over the summer months onMars, according to researchers who say the discovery raises the chances of being home to some form of life.

The trickles leave long, dark stains on the Martian terrain that can reach hundreds of metres downhill in the warmer months, before they dry up in the autumn as surface temperatures drop.

Images taken from the Mars orbit show cliffs, and the steep walls of valleys and craters, streaked with summertime flows that in the most active spots combine to form intricate fan-like patterns.

Scientists are unsure where the water comes from, but it may rise up from underground ice or salty aquifers, or condense out of the thin Martian atmosphere.

“There is liquid water today on the surface of Mars,” Michael Meyer, the lead scientist on Nasa’s Mars exploration programme, told the Guardian. “Because of this, we suspect that it is at least possible to have a habitable environment today.” 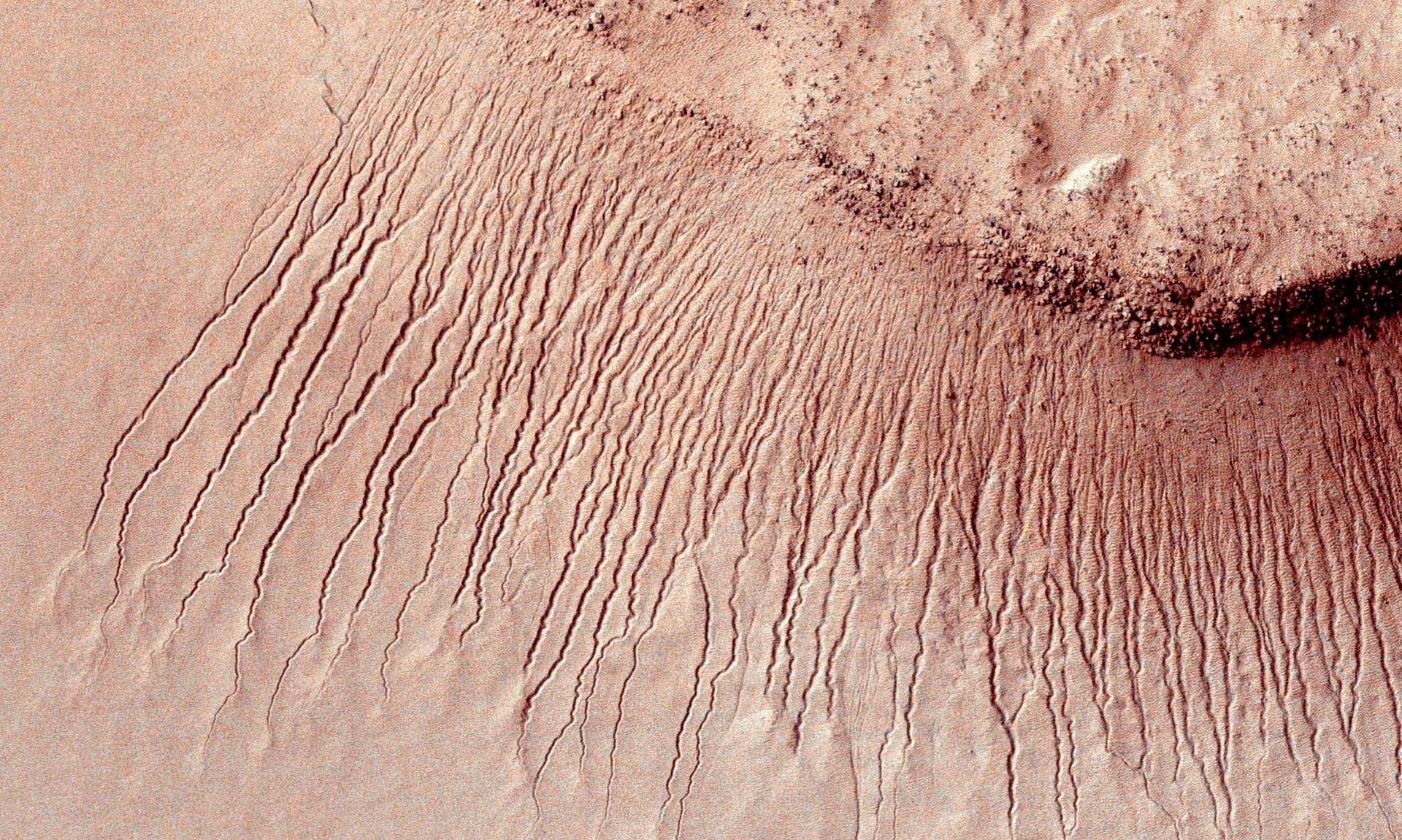 A visual guide to water on Mars

Read more
The water flows could point Nasa and other space agencies towards the most promising sites to find life on Mars, and to landing spots for future human missions where water can be collected from a natural supply.

“Mars is not the dry, arid planet that we thought of in the past,” said Nasa’s Jim Green. “Liquid water has been found on Mars.”