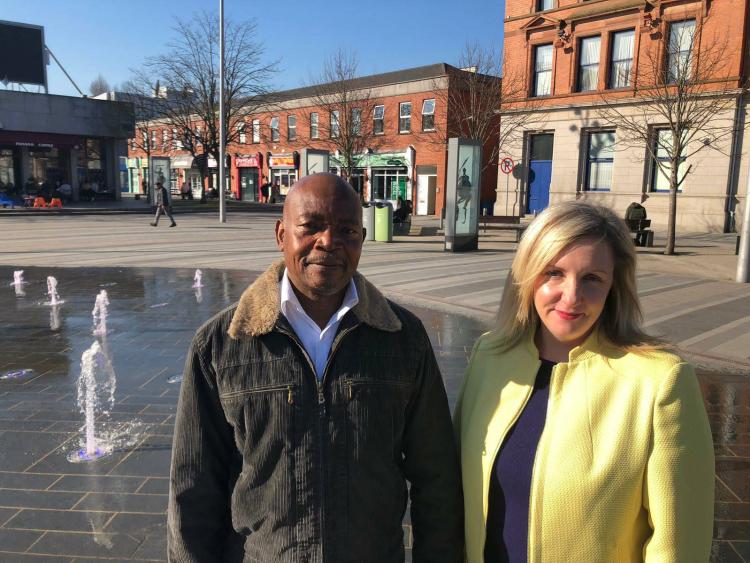 A Dundalk councillor was one of five politicians who completed the first Councillor-Migrant Internship Scheme run by the Immigrant Council of Ireland.

Cllr. Anne Campbell from Sinn Féin was in Dublin recently for the launch of the report into the scheme, which paired migrants with local authority members across the country. The scheme, which was funded under the EU Asylum Migration and Integration Fund through the Department of Justice, was the first of its kind in Ireland.

The scheme, which was co-ordinated and run by Joe O’Brien from the Immigrant Council of Ireland, aimed to offer the intern a practical educational experience and insight into local politics, to make a connection between local migrant communities and local government and to promote diversity among politicians, the political establishment and society at large.

Three out of the five interns took the decision to run for local elections in their constituencies next month.

The Dundalk South representative was paired with Adam Muchegwa, who is originally from Zimbabwe and lives with his family in Dundalk. For four months last year, Adam attended a wide range of council-related activities, including Louth County Council and Dundalk Municipal meetings, weekly councillor clinics and events.

Adam, who was a civil servant in the Zimbabwean capital Harare before he came to Ireland, said: “At my first municipal district meeting, I was roundly welcomed. I noticed and admired the mutual respect between the councillors and officials, a clear sign that both were determined to work for the betterment of the community”.

He also attended the council meetings last year where the thorny issue of the suspension of pay parking in Drogheda was debated. Adam said: ‘Despite the serious disagreements on this issue between the councillors and officials, I was left in no doubt that this was the best example of democracy at work’.

Cllr. Campbell, who attended the report launch with her colleague, Cllr. Ruairí Ó Murchú, praised the work of the Immigrant Council of Ireland and the contribution Adam had made.

She said: “This was the best thing I was involved in last year. I was so lucky to have Adam working alongside me and thanks to his experience and insight, he has helped me so much in a number of areas, particularly helping me to see things from a migrant’s perspective.

“Adam continues to be involved in helping me with a number of projects we started work on during the internship scheme and is involved in my election campaign.

“I was delighted to have been part of this scheme and I hope that many others will take up the offer from the Immigrant Council of Ireland to partner with someone from the migrant community”.