Pat Rafferty was a gifted man who would always help 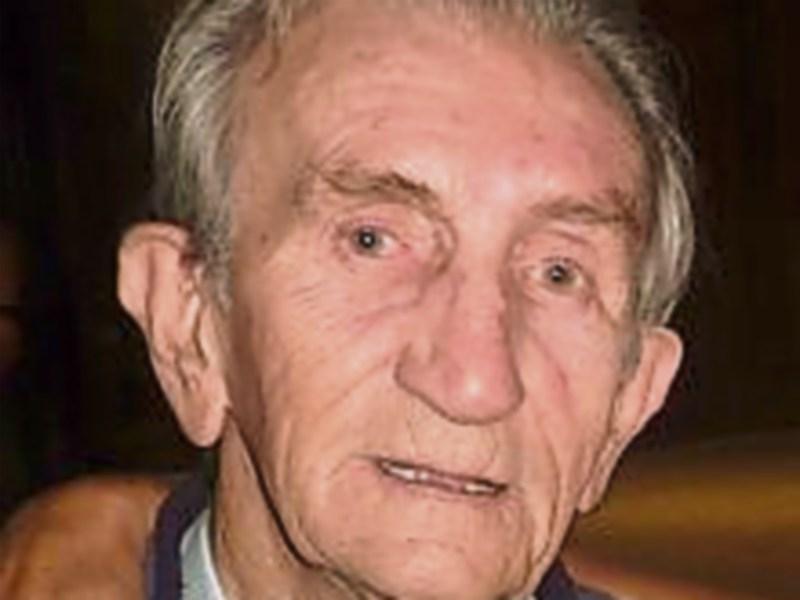 Patrick (Pat) Rafferty of Marlbog Road, Haggardstown died peacefully on February 21st at his home just short of his 91 birthday. He was one of the oldest residents of Haggardstown and Blackrock who led a very active life at the heart of which was his family and his love of children.

He and wife Sheila celebrated 63 years married on September 7th last, and were presented with a certificate commemorating the milestone to mark the “Year of the Family” in the parish

Pat was a very amiable, happy, gifted, kind and helpful man. He could turn his hand to do and fix anything and possessed no little ingenuity which provided great enjoyment to his children when growing up and was the one who always could do what was needed and so willingly supported and helped them in every way he could, even building a home extension.

Among the many lovely, happy memories his offspring have is the dolls houses that he made for his daughters, fitted with lights from torches. Also the evenings that they spent flying kites in the local fields that he made for them.

The love he had for travelling and the various modes of holidays that he took them on across the country from a young age from camping to staying in holiday homes and houses. He repeated the experience for his grandchildren when they came along to give their parents a break.

He was an inspiring example with his attitude to get up and on with life, and exhibited a jolly mood, always whistling and singing, and passed on his love of music to his children and was an avid reader of books.

He actively engaged in arranging social outings and trips and parties for children while a member of the S&S Dundalk Engineering Works Sports and Social club. He carried out a similar role in helping organise outings from Jackie’s his local lounge bar, and ran Ring tournaments in his other local bar when owned by the McGeough family.

He was very well known therefore through his various interests and involvement in the like of these activities. He also was a long standing member of BHK Credit Union, and was presented with a certificate to mark 50 years in the branch. Gardening was a big part of his life. He kept his garden in beautiful order and was always on the lookout for slips to plant and further adorn the array of plants, shrubs and flowers that he had. He spent a lot of time in his greenhouse. However, he always had time to assist neighbours or anyone in need of a hand.

He had a big interest in photography and cinematography, and compiled extensive reels of the lives of his family.

He had a great love of soccer, and was a big follower of Manchester United right up to the night before he passed away when he watched them lose the first leg of their European tie with PSG.

The most memorable occasion for Pat following United was in 1999 when they pulled off the treble, capping the domestic double of league and cup by winning the European Cup, and he was thrilled to visit Old Trafford in the wake of the feat and view the three trophies.

He hailed from Legion Avenue in Dundalk, and was the second youngest of eight children, comprising four sons and four daughters of the late Robert and Alice Rafferty. He was the last surviving sibling.

Growing up he attended school at the De La Salle and went on to join the British army in which he served for a few years. He returned home to work as a painter and decorator to which he returned later in life. This was after a lengthy spell employed in the DEW where he remained until the factory closed. He was then able to adapt his skills as a handyman and gardener as well as a painter and decorator to continue to do odd jobs. He was much in demand by his family, as there was nothing he could not do. His backbone was wife Sheila (nee Rogan), who was from Louth Village, but the couple met during a period when she was in Dundalk. Pat used then cycle out to Louth Village to see her and cycle back home.

They exchanged wedding vows in the Church of the Immaculate Conception Louth on September 7, 1955, and lived for a few years on the Greyacre Road, Newtownbalregan. Their first born, Pat was born there. They then moved to Haggardstown where the arrival of daughters, Eilish (Kelliher). Sheila (Kenny) and Deirdre (Allen) and second son, Seamus completed their family.

After reposing at his home on Friday and Saturday, his remains were taken to Saint. Fursey’s Church, Haggardstown on Sunday afternoon.

His five children laid mementos before the altar symbolising his life.

The Readings were given by Sheila Kenny and Sinead Barnacle, while the Prayers of the Faithful were led by Tony Kenny, Jimmy Allen, Eamon, Niamh and Grace Kelliher.

The music was provided by Patsy Breen.