VIEW: Peter Rice was one of Dundalk's finest and a man who lived his best life 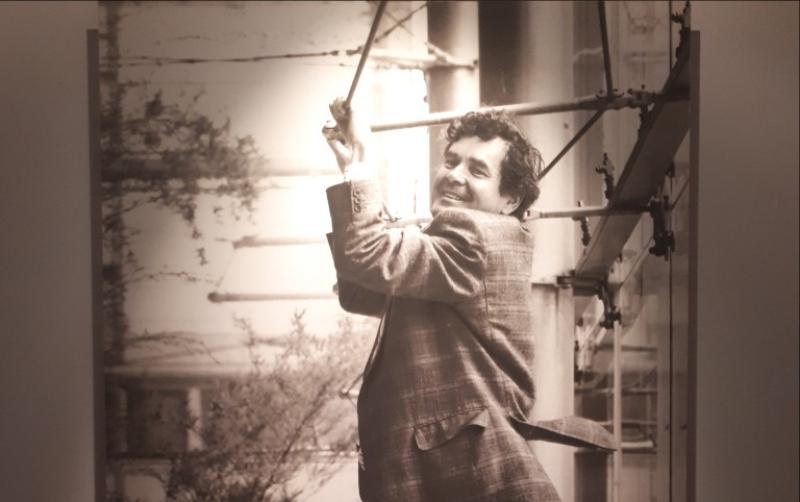 VIEW: Peter Rice was one of Dundalk's finest and a man who lived his best life

I'd heard about Peter Rice many years back, when I was a gassan. In Dundalk the name 'Peter Rice' and 'Sydney Opera House' go hand-in-hand. There’s a singular pride in knowing that someone from your own hometown had an instrumental part in the creation of one of the world's most iconic buildings.

In the last decade or so when anyone from Dundalk who was in Australia (which was nearly everyone from my era) and they mentioned the Sydney Opera House, they were met with the proud response - ‘that was designed by a Dundalk man’.

Technically that's not exactly true. Peter Rice was not the architect, but he was the site engineer and was pivotal in ensuring such a remarkable-looking building ultimately remained standing!

Last Thursday afternoon, during a quiet moment away from the constant maelstrom of digital news, I found myself alone on the third floor of the local museum on Jocelyn Street.

An exhibition on the life and works of Peter Rice had opened the previous evening.

Dotted around that mezzanine level were small balsa-wood models of skeletal sections of some of Peter Rice's finest buildings. 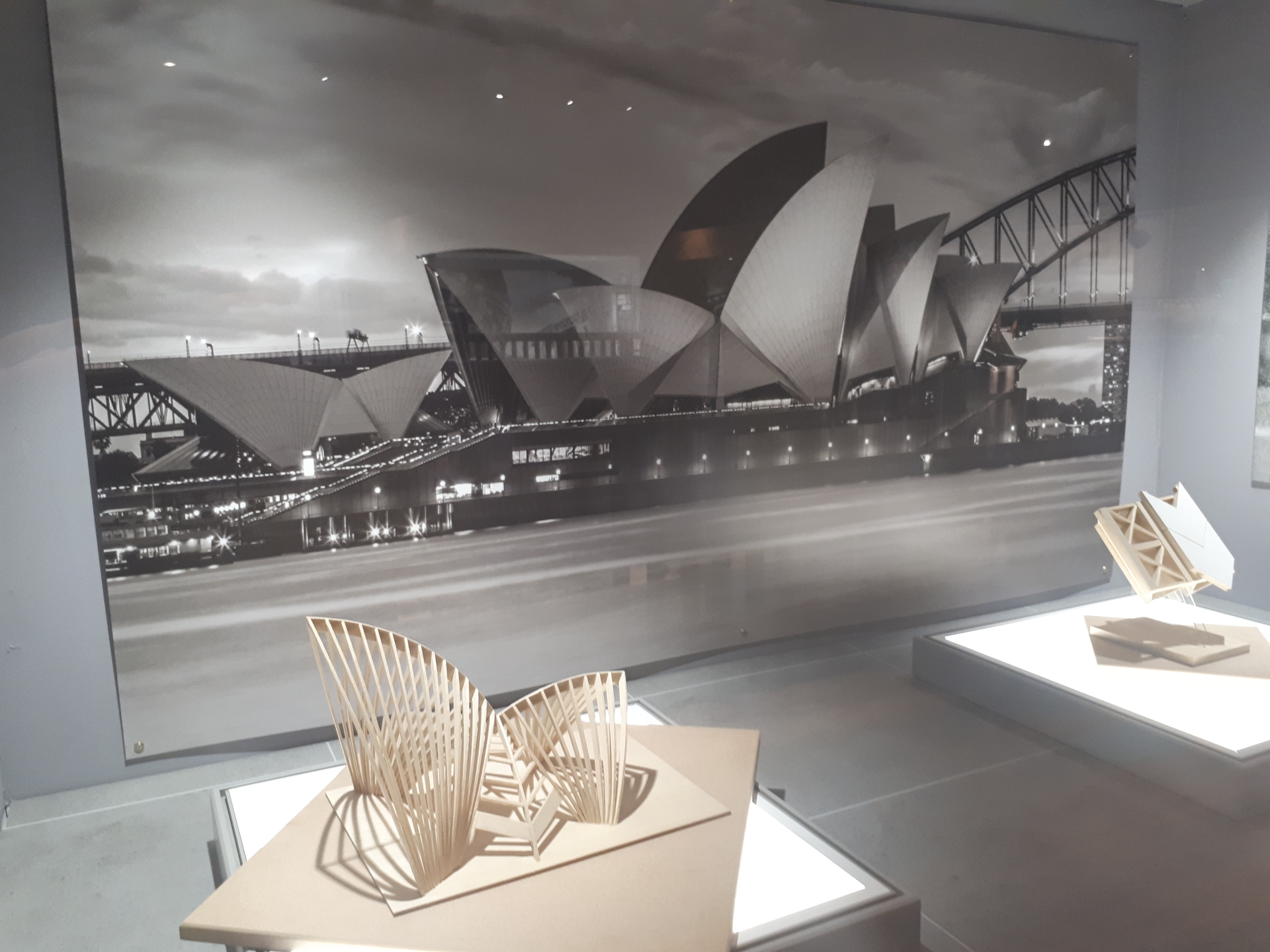 They reminded me of early Leonardo Da Vinci sketches of helicopters and other winged vehicles - all string and canvas. The models were painstakingly created - to scale - by students from Dublin Institute of Technology. Behind them stood a photograph of the completed building and to the side a short write-up on it.

At the back of the exhibition space, along the gable wall of the museum, there was a screen showing a documentary about Peter Rice's life. It was surrounded on either side by quotes from Peter and those he knew, both professionally and personally - although it seems that, to his credit, Peter could switch seamlessly between both.

The museum film was fascinating to watch. There were plenty of the usual talking heads from the top echelon of global architecture and engineering, alongside more personal anecdotes from family and friends.

You got the feeling that Peter was a true visionary, way ahead of his time.

Not alone was he a mathematical and engineering heavyweight, but rather surprisingly, he also had an artistic and creative understanding of how to make a building 'sing' design-wise. 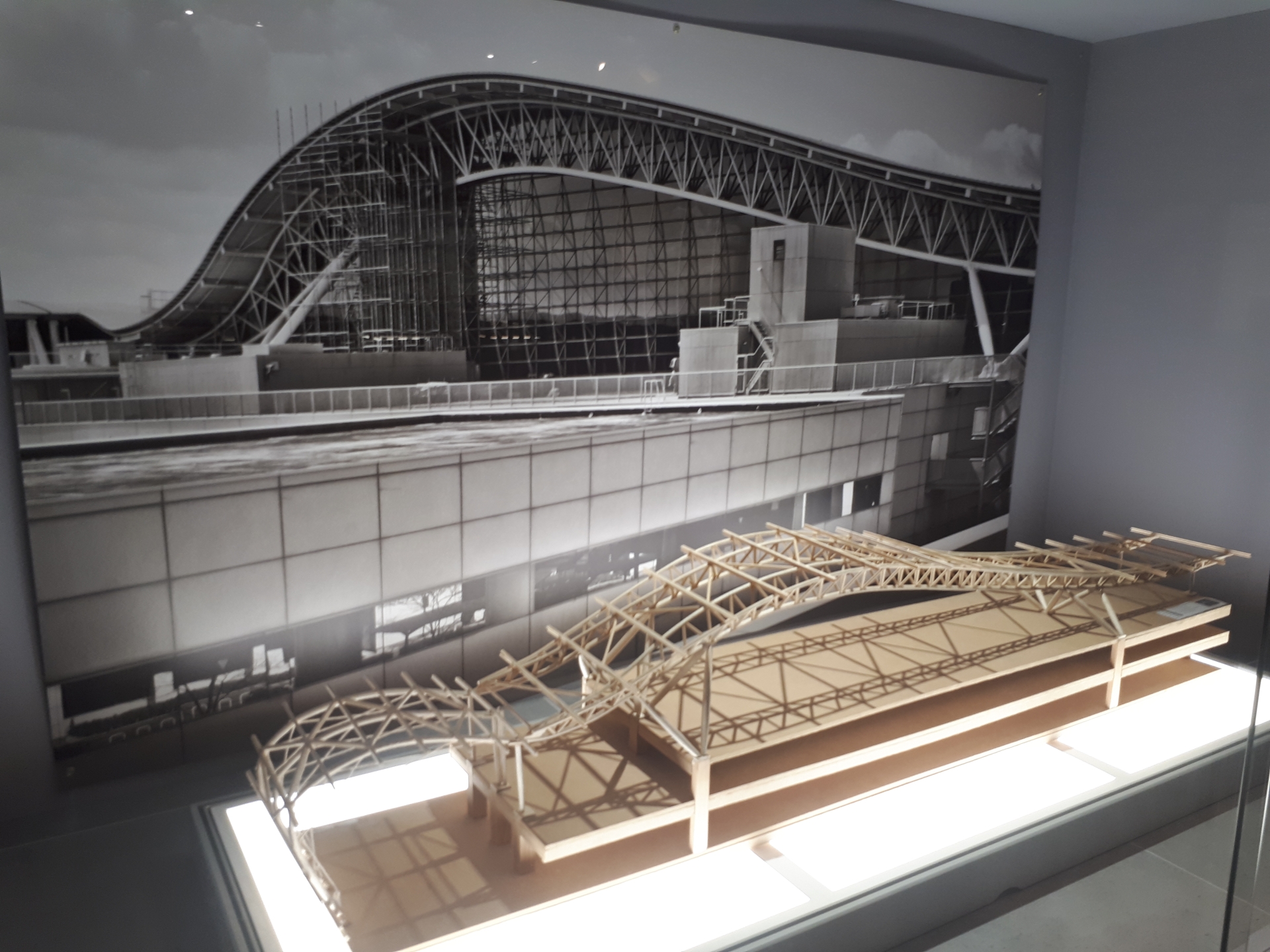 "Unconventional" was a word which cropped up several times in descriptions of Peter Rice.

It's such a wonderful word to describe anyone really - 'unconventional'.

From out of the grey and beige of humdrum life pops a sunburst of colour like Peter. He was outgoing and sociable. A joyful man.

Not for him the traditional image of a man of maths rigidly fastened to the draughtsman's table. Peter enjoyed people and seemed to motivate them with his enthusiasm and passion, and vice versa.

Although Peter died relatively young (aged 57) his legacy will live on. But also his personality too, which bounded out of the exhibition as much as anything else. There's a great photograph of Peter on the first floor, tucked away in a room towards the courtyard of the museum. It shows him swinging from a horizontal cable about six inches off the ground.

The smile on his face says it all; he was a man of light who loved his work and left a lasting positive imprint on the world.

There's not many that can make that boast.

Over the past few days it also came to light that there was another Dundalk man who played his part in the Sydney Opera House's construction - Kevin Lawless, son of Billy Lawless of Lawless' shop on Park Street fame.

At some stage in the late 1960s, as building work was ongoing, the installing of the electrical cables was next on the list of jobs that needed doing in Sydney.

However the crawl spaces available to pull through the cables were, according to legend, incredibly small and not a little bit claustrophobic. Enter Mr Lawless.

Working for a firm in the States at the time, he was seconded to Sydney to take on this job.

And so it was up to him to pull these vital cables through.

It's unlikely Kevin’s name will become as synonymous as Peter Rice's with the Sydney Opera House for Dundalkians.

But it's a nice addition to the local lore all the same.