VIEW: Clanbrassil Street disruption will all be worth it in the long run folks 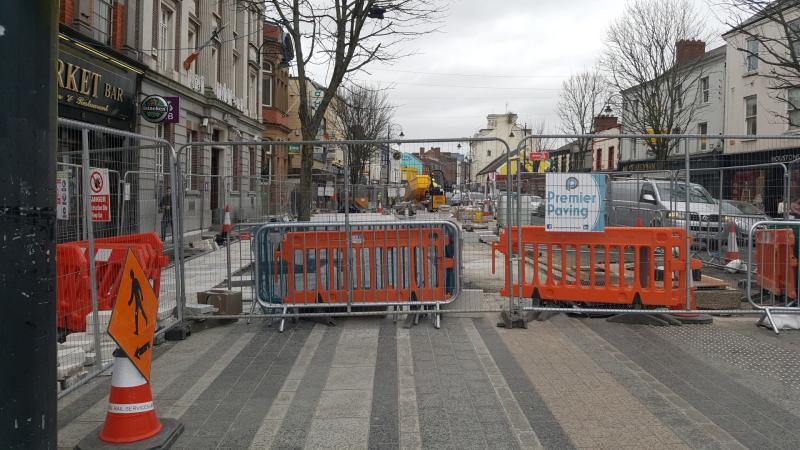 View: Clanbrassil Street disruption will all be worth it in the long run folks

You probably know how this one goes already, but here you go anyway: after considerable planning and public consultation - including submission opportunities and access to the proposed plans - work gets underway on a much-needed regeneration of a major street in a town's centre.

Traffic impositions are forewarned with diversions announced and put in place as work starts. Now give it a minute.... and... cue outrage on social media from locals bemoaning the unacceptable level of disruption and the general state of the ongoing works (which are still in progress, and therefore nowhere near finished yet).

Welcome to Ireland and Dundalk 2019 folks. Where everyone has an opinion, but not always an fully informed one.

The ongoing construction work on Clanbrassil Street is undoubtedly a major inconvenience - that much we can all agree on.

But it was always going to be so. The one-way system, in place for the duration of the works, was perhaps the only viable way of maintaining some level of vehicular passage through the town's main thoroughfare.

The current view of the construction work shows that the new footpaths, certainly on the post office side of the street, would appear much wider than before. Isn't this a good thing? Surely the opportunity to have more actual people on the street can only be a good thing? Wider footpaths are a neat way of introducing a level of pedestrianisation without going the whole hog and banning cars from Clanbrassil Street entirely.

Looking at the current work, you can see that the wider footpaths lend much-needed width and breadth to the street. One can imagine more footfall and activity in the area once completed. You'll not feel like you're being corralled along squeezed passageways as you go about the shops.

Sure, the road itself will be narrower upon completion, but what loss? For many years, despite its width, it has become a regular feature to see cars double-parked along the sides of the street - quite clearly impeding progress for others drivers.

That won't be a issue any longer, because there simply won't be the opportunity to do so.

Online commentary has been predominantly negative over the past week. There have been a few lonely souls uttering a more sensible approach, but inevitably they are shot down or drowned out by the sheer weight of contrarian views cluttering the local digital landscape.

It's nothing new in fairness. The same type of opposition was voiced during the regeneration works on the Square a number of years back.

Ultimately, a vital way to get more life back into our town centres is to get more people living in them. Few can disagree that this will only aid the local economy. But to encourage more 'above the shop' residential living, we need to ensure the surrounding environment is both attractive and functional - simply more practical for people to use for both living and shopping in.

There are already efforts underway to reengage units above shops in the town centre for such residential opportunities, and the regeneration works underway are key to the success of this potential living arrangement.

This column has spoken before about the success of 'above the shop' living in towns on the outskirts of Sydney in Australia (were it was trialed successfully in the past decade).

There is a severe shortage of houses in this country, and while building more houses is absolutely vital, the retooling of town centre units for accommodation use can help in this regard - and it can be done relatively quickly too.

It's not the solution, but it can help town centre economies prosper and people looking for practical living accommodation close to local amenities. In recent weeks the so-called 'turning down' of social housing for various reasons by prospective tenants has become a hot topic. At times, such refusals are believed to be because of the greater distance from a town centre or significant urban area.

How much more closer can you get than living above a shop?