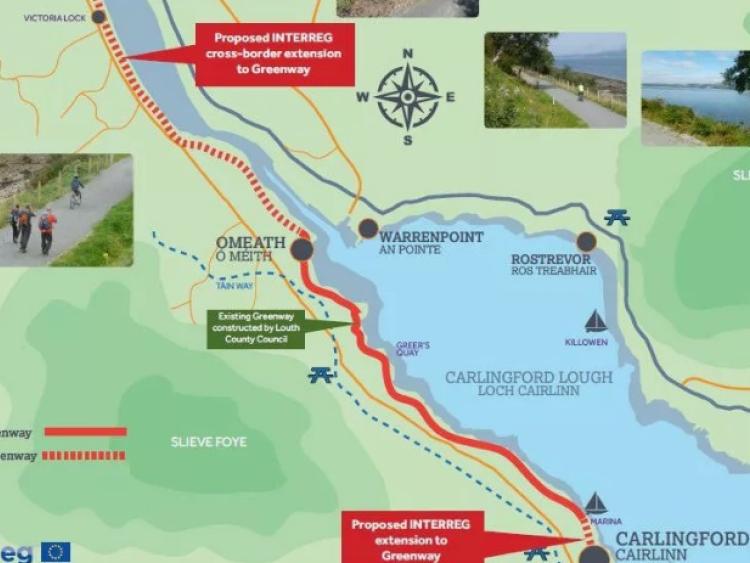 Louth County Council is to hold an information event on Tuesday, 19th February 2019 at the Station House, Carlingford, Co Louth as part of a public consultation on the Carlingford Lough Greenway project.

The drop-in event takes place from 12 noon to 8pm and members of the project team will be on hand to talk about the route and plans for the Greenway. They will deliver a presentation on the initiative at 6pm.

The €3.46 million project is funded under the European Union’s INTERREG VA Programme, which is managed by the Special EU Programmes Body (SEUPB).

It is led by Louth County Council, working in collaboration with Newry, Mourne and Down District Council and East Border Region Ltd. Match-funding has been provided by the Department of Transport, Tourism and Sport in Ireland and the Department for Infrastructure in Northern Ireland.

When completed, the Carlingford Lough Greenway will provide a world-class cross-border green travel route. The project will extend for approximately 20km from Carlingford to Newry City, providing a commuter and recreational facility for the area. The new 10.1km stretch will build on the popular Carlingford Marina to Omeath Greenway.

It is intended that Part 8 planning permission for the Carlingford Lough Greenway will be sought in early March and that work will begin on this phase of the project in early 2020.

Further information and updates on the project can be accessed at www.carlingfordloughgreenway.ie