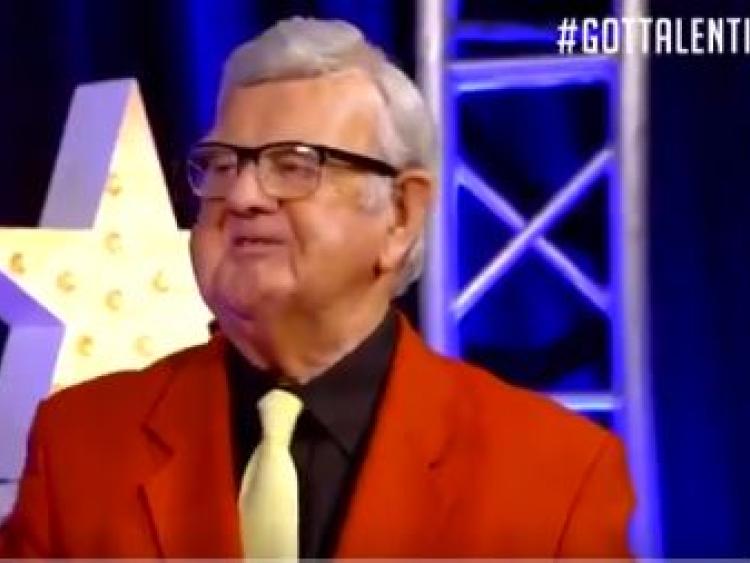 Local magician Paddy Ward, who goes by the stage name The Great Padini, has had a long time to practice the art of magic. After 75 years of performing, Paddy explained how he found himself performing on Virgin Media One's Ireland's Got Talent recently.

“I just decided I would have a go at Ireland’s Got Talent,” said Paddy, originally from Wynne's Terrace, Dundalk, who now lives in Sixmilebridge in Limerick.

“I’ve been involved in magic all my life. My father was a magician. I’ve been practicing since I was around nine-years-old. I performed my first act at the age of 11.”

Since then, Paddy has won everything there is to win in the magic world in Ireland.

His accomplished career earned him the title of ‘The Great Padini’ on the Irish magic scene.

“I’m a five times winner of the International Brotherhood of Magician Ring 85 Shield as Ireland's Top Magician, a feat which has never been equalled,” said Paddy.

If only we could have Padinis skills, we know a few times this trick could come in handy! #gottalentirl pic.twitter.com/mjfklTEwPJ

Paddy has two children, a daughter Michelle, 54, and a son Nigel, 53. His wife Josie sadly passed away from cancer and he took a step back from magic for a while.

He says “her death is the hardest thing I’ve ever had to face in my life.”

Now retired from his job as a sales director, Paddy has dedicated his life to spreading cheer through magic.

“I pass the time and keep myself busy by doing charity shows. I go around to daycare centres and care homes, just performing,” Paddy said.

“I love performing. I get a great kick out of it. I love bringing the fun into it,” he added.

Paddy isn’t letting any secrets out before the show airs on this Saturday, February 9 at 7.30pm.

“Check in was at 9am, so we had to leave Limerick at 5.30am to be up there in time. It was a long day, I was constantly on the go, but it was worth it. It was good fun. I can’t tell you how I got on, I’m sworn to secrecy so you will have to tune in to see,” Paddy said.