VIEWS: Those smaller stories of the impact of a border on this land of ours 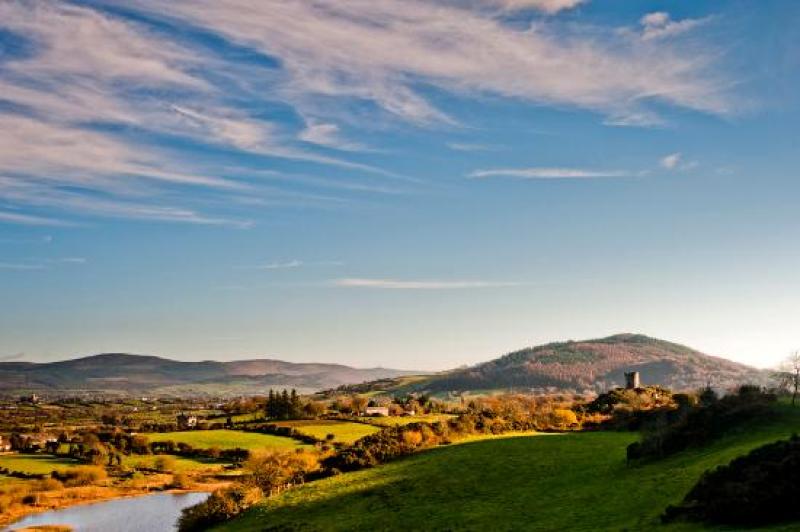 VIEWS: Those smaller stories of the impact of a border on this land of ours

Back in the 1980s and early 1990s, the British army had a lookout post atop the hill and a base below. This was during the bad, dark days of The Troubles. Forkhill and the phrase  'Bandit Country’ were synonymous to many. This was an outpost under-siege yet monitoring and dominating a troubled landscape.

In November last year, a planning application was submitted to turn the old, now empty, base into a play park for the village - a chance to fully decommission and re-purpose a once formidable and domineering blight. A chance to cleanse the area.

During The Troubles the only way the British Army could enter the base at Forkhill was via helicopter - any other way was deemed extraordinarily dangerous.

"Every time I was here previously", he said, "I had a rifle in my hand, I was wearing body armour and had a uniform on".
Forkhill is a ten minute drive from Dundalk.

At some stage back then, according to a former television technician named Enda O'Kane, who I spoke to  last week, the British army had installed a signal booster in the area which impacted the TV signal for nearly everyone in Dundalk.

Enda says he was seconded to the area from his home in Dublin to try and help solve the problem.

"The most difficult task I encountered was at Forkhill", Enda recalls. "The army had put up a booster to serve the barracks below.

"It wiped out reception over much of the town, causing double images and ghosting."

According to Enda, many locals in the TV trade joined the fruitless search to try and figure out what the root cause was for the failing  reception; it would seem the British Army weren't overly bothered about telling the locals that their newly installed comms unit was the culprit.

Enda remembers the likes of Patsy Maguire, David Lally and John McCann pitching in to try and help the TV-less folk of the town.

He evokes a wonderful, more innocent image, during a time of shocking brutality;  him sweeping through the thumbling fields of the border area with a compass in one hand trying desperately to find the unknown source of the problem. Locals Eddie Maguire and Carol McGahon joined him in the hunt.

"It wasn’t until the ceasefire that the problem was rectified", recalls Enda now. "Dundalk got their BBC reception again", he smiles.

"Those were the bad days, with the lookout posts towering the countryside, " he adds.

Enda's is a small, lighter story of the impact of a military presence and of a ‘hard border’.

But it neatly helps to highlight  how much such a presence, impacted the lives of so many.

Today Enda is long retired, but he's currently pushing to save RTE's Long Wave 252 service in the UK, along with Margaret Golden, originally from the Point Road.

He sees it as a vital service for Irish ex-pats living in England and wanting to hear another side to the Brexit debacle.

Admittedly, the generation of listeners in the UK is older and diminishing, but, according to Enda, it still plays a vital role in keeping those across the Irish Sea in touch with home.

Brexit, it is likely, would put paid to this link. A small, sad story of the wider impact of the re-introduction of a hard border on this land. Stories that need to be heard. Now.