OPINION: Give our nurses what we all know they deserve 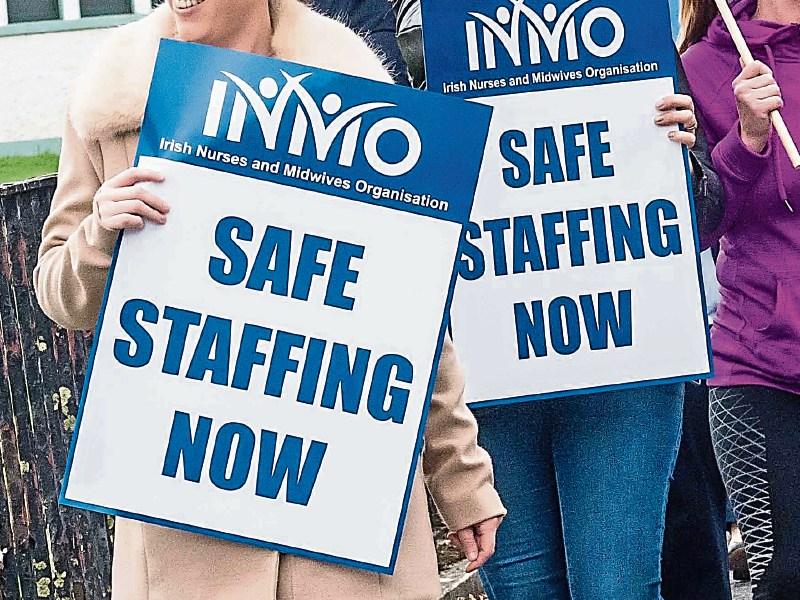 OPINION: Give our nurses what we all know they deserve

Those who would have us believe they know better can find ways to justify a “meaningful” profit for high rolling property developers when they build houses. We don’t realise the amount of work, resources and risk involved, so we should listen to the experts who know what they’re talking about. Similarly, it costs a lot of money to build a world class children’s hospital we hear, so we should be prepared to listen to, and pay the experts the price they charge – they know what they’re doing.

It has been a long and hard road to get the banks back to a position where they can start lending money again, so we should pay bank chiefs the top dollar they deserve. If we don’t they’ll simply go abroad and get as good a salary somewhere else.

The property developers that NAMA employed, even though some might say they helped bankrupt the country in the first place, did a job in helping dispose of €30billion worth of property assets.

Others would say that it is only fair that our TDs’ pay was restored to €94,500 last year. It was taken off them during the recession and they’ve been the ones responsible for bringing us back to the ‘good times’. They were the ones who made all those ‘difficult’ decisions remember?

It is only right and proper too some might even say, that people who were Government ministers over a decade ago should continue to get a good State pension. Granted, they may be working in the private sector now making great money but they are entitled to these pensions so they have every right to claim them.

It is true that our Taoiseach gets a higher salary than the UK prime minister (€185k vs. £149k) but......actually, I cannot for the life of me think of a way to justify this.

So in light of all of this, I am totally stumped when it comes to the Government’s unwillingness to give the nurses what I imagine most people would think they deserve and have earned.

I don’t know if it is just pure stubbornness or contrariness, but it really seems like the only ones who do not think the nurses deserve what they are asking for is the Government.

It really felt as if the whole country supported the nurses on the picket line this week. The personal stories that so many people shared of their experiences with nurses over the years is a testament to their dedication and care. Anyone who has ever spent five minutes in a public hospital in Ireland would be able to testify to this. The nation appreciates nurses even though the Government may not.

I was genuinely shocked to see that the Government is trying to sanction the nurses. It is unforgivable in my books. Punishing them for asking for fair pay and conditions? Is the Government really that far out of step with the rest of the nation?

Does there not come a point when it no longer makes sense to follow failed policy and try something new? Because failed policies is what they are. If nurses are emigrating as soon as they graduate from college, even though they are guaranteed jobs here if they want them, then what we are offering them is not enough.

The scandal of the seemingly untracked costs of the new children’s hospital only adds to the insult. The costs are continuing to rise but no one is saying stop.

There is something very unjust about the decisions the Government has taken since the recession. This latest move however goes beyond the pale. But outside of organising a general strike across the country, there doesn’t seem to be much that can be done.

In the face of all of this, surely it must be understandable why any common sense thinking person would get angry with the Government, and also those who keep them in power. Fianna Fáil may huff and puff, but they signed off on the Fine Gael budget and continue to support them, so in all honesty it becomes very difficult not to see them as talking out of both sides of their mouths when they criticise Government decisions.

One might hope common sense will prevail and the Government will do the decent thing. Because at this stage, it really is a case of them doing so.