Karl Mernagh is fondly remembered by the students he taught 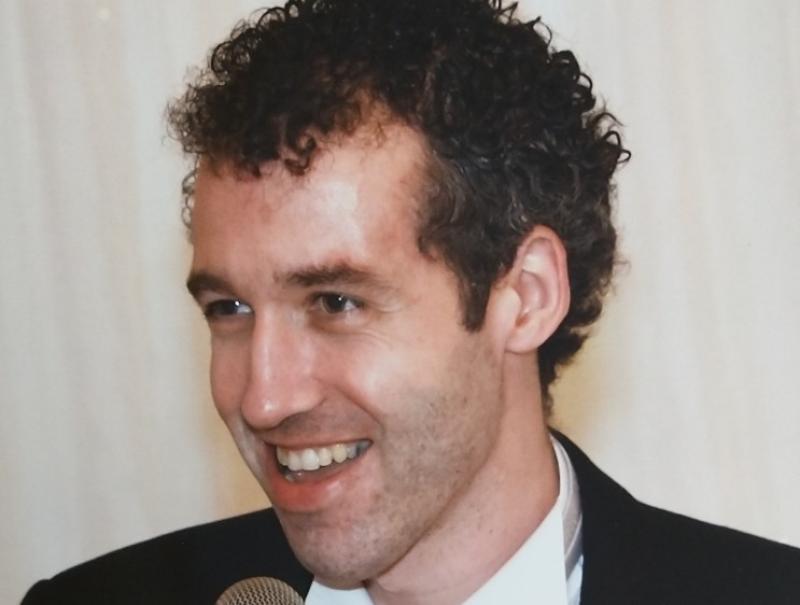 Karl Mernagh is fondly remembered by the students he taught

It is with great sadness that the death has occurred of Karl Paul Mernagh, aged 37, of 17 Sandy Grove, Blackrock, Co. Louth.

He passed away peacefully on 26 September 2018. Karl was the son of Jackie and Anne Mernagh, the eldest of three children, with his siblings Aideen and Alan and the loving father of Sean Mernagh.

Karl attended St. Oliver Plunkett National School, Blackrock and as a child played for his local soccer team, Rock Celtic F.C. He then attended the De La Salle Secondary School, Dundalk. Having a passion for learning and a hunger for knowledge he went on to further his education by attending Dundalk Institute of Technology, gaining a National Certificate in Computing and a

On his return from Wales, Karl returned to his roots and took up a role as a lecturer in the Department of Business and Humanities in DkIT, returning to his passion for education as a teacher and mentor, and he is fondly remembered by the students he taught. His colleagues in DkIT were a great support to him, as they have been to us.

During this time he became a father to his wonderful son Sean with Emer, and he became the light of his life. The bond shared by Karl and his beloved son was unique and magical. They were the best of friends and Karl was an adoring father. He ensured

Sean wanted for nothing and had a happy life, which became his one true goal in life.

Karl was loved by his parents, Jackie and Anne, who he was very close to. They spent many evenings and late nights together watching the latest movies or box sets on Netflix.

Karl shared many happy times with his family including his sister Aideen and brother Alan, along with his BFF Richie. He had a fun filled life with his many friends, too numerous to mention.

He had a great love for all the children in the family, including his goddaughter Freya and nephew Zach, as well as the many cousins in the extended family. He was known as the fun uncle who would pander to their every whim.

Karl had a passion for all things code and developed various programmes, such as a project he completed to help students with maths, and many others he did, just to prove that he could.

Karl, as a great intellect, was passionate about current affairs and you could be sure if the topic of politics or religion came up you would have to endure a lengthy debate, but it was at these times you saw him at his liveliest self. He was also a very giving person and was generous to charities, helping others in need was important to him.

Karl was predeceased by his grandparents, William and Anne Mernagh, Anthony and Eileen Clarke and his aunt Angela Reel.

May your spirit soar in freedom
From the fears that gripped so tight.
May you find the peace you searched for
As you wandered, lost, in the night.

May your tortured mind be clear and calm
And your tender heart be warm.
May you have no need for strength now.
May there ne'er be another storm.

May the music of the angels
Be the sweet sounds that you hear.
As you're rocked in Heaven's cradle
May you ne'er shed another tear.

We'll wear your memory proudly,
Our brother... our true friend.
May our love for you reach Heaven above
Until we meet again.