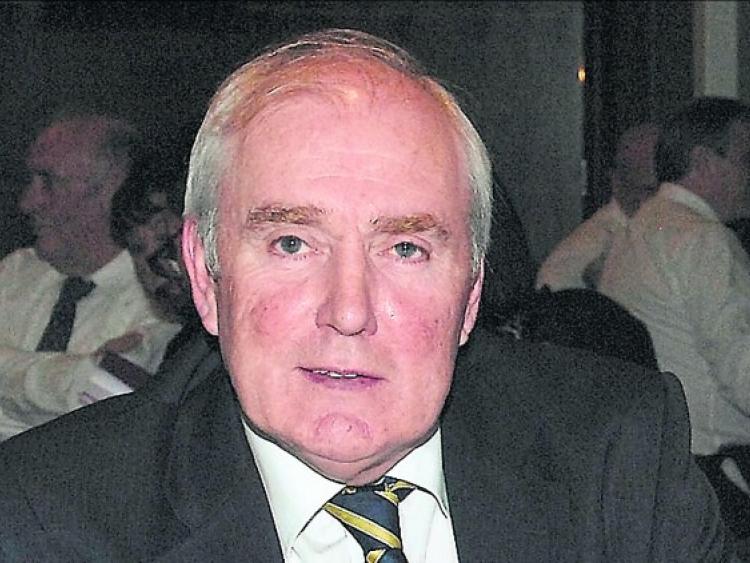 Michael McCabe, who died on Friday last, enjoyed outstanding success on the Gaelic football field, playing with Young Irelands and Louth teams in the 1970s and ‘80s.

A valued member of the Louth County Council staff where he held a number of administrative posts in a lengthy career, his death, at his home in St Alphonsus Road, Dundalk, evoked sorrow throughout the town and county.

A product of Dundalk CBS, Mickey, as he was best known to his many colleagues, linked with Young Irelands from an early age, and as he progressed through the ranks established himself as an above-average footballer. He won recognition from the county minor selectors before graduating to the U21 side.

It was here that he achieved his finest feat in county football. Following a first round win over Meath – a county with which he had strong family connections – in the 1978 championship, Louth defeated Laois and then Kildare, and all the time the midfield alliance Mickey had formed with his Young Irelands colleague, Larry Goodman, was growing in stature.

A defeat of Offaly in the Leinster final qualified Louth for an All-Ireland semi-final meeting with Kerry, and in a game best remembered for the huge crowd it attracted to the Drogheda Gaelic Grounds, Louth led by a point with 10 minutes remaining, due in no small way to the resolute opposition the McCabe and Goodman partnership had provided to Jack O’Shea and Seán Walsh.

Injuries to Goodman and another of the side’s leading lights, Eugene Judge, broke the Louth momentum, however, and with five minutes remaining, O’Shea struck for his side’s second goal, a score that sealed victory for the Munster champions. It ended 2-10 to 0-14.

That same year Young Irelands won the Cardinal O’Donnell Cup - for the first time in 30 years – having won the junior championship in 1977. On call was a largely youthful side - another of the county U21s, Seamus Haughey, figured at full-back - and when the following season came along they were among the favourites for the championship.

Young Irelands lived up to expectations, beating Mattock Rangers in the opening round and Clan na Gael, on a replay, in the semi-final. The final was against Cooley Kickhams, who were bidding for a four-in-a-row, and played at St. Brigid’s Park it had Irelands as underdogs.

Mickey McCabe was at midfield along with Donegal-born Mick Friel, and in a game that ebbed and flowed, the No. 8 scored two points in a victory that brought the Joe Ward Cup to the Seatown area of Dundalk for the first time since 1950.
Irelands were back in the final the following year, but this time had to give way, losing to Roche Emmets by 2-3 to 0-6 at a rain-drenched Páirc Mhuire, Ardee.

Young Irelands weren’t a major factor for a while after that, but Mickey McCabe’s inter-county career blossomed. In 1980 he made it a fourth successive winning year, and this was captain. Louth seniors needed four wins – over Westmeath, Longford, Meath and Offaly – to reach the O’Byrne Cup final, and in opposition for the decider were Dublin with several All-Ireland winners included. But in a game played at St. Brigid’s Park, the Dubs were beaten 0-8 to 1-4, Louth’s captain leading by example from his right half-back position.

Mickey had many fine games for the county after that. He also tried his hand at rugby, playing at full-back for Dundalk; and when called upon either on the bus to an away game, or when there was a get-together to celebrate a win, it wouldn’t be long before he was asked up to ‘give a bar’. His fine singing voice made him a valued member of a number of local choirs.

The esteem with which he was held in work, football and social activity was beautifully demonstrated over the weekend. St. Joseph’s Redemptorist Church was full to over-flowing for yesterday’s Requiem Mass.