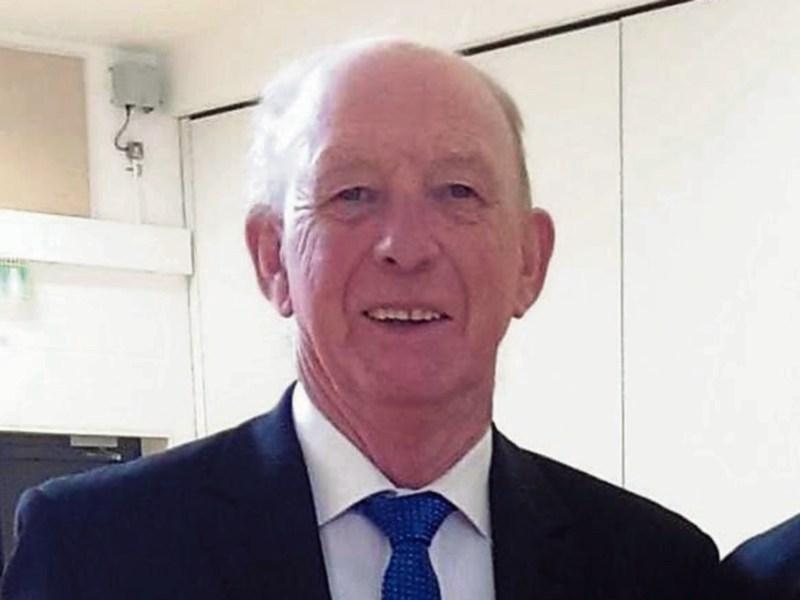 Eddie Cronin of Saint Clement’s Park, Point Road who died on October 26 last was a leading local trade union official, who, for many years was shop steward in the former Ecco electronics factory and spent his life serving and looking after the interests of others.

He worked in the plant for some three decades until it closed in 2008 and was then known as Littelfuse. He was attached to the ATGWU which now is under the umbrella of the UNITE trade union.

His role as shop steward and involvement in general trade union affairs was one to which Eddie was eminently suitable. A kind and simple man he always wished to help others, regardless of who they were.

He would provide aid to callers to his home, and do his utmost to protect and improve working conditions of his fellow workers, and ensure they received their entitlements and take whatever action that was needed. He was widely known and respected through his trade union activities. He travelled a lot to update his knowledge and keep abreast of developments in the workplace sphere to further equip him to represent his work colleagues, attending conferences outside the country, including London and Italy.

His concern for others was perhaps illustrated best in the voluntary work that he engaged in for the Irish Cancer Society to help those struggling with the disease that he was struck down with and resulted in his death.

He and his family could not be more grateful for the help and support he received in his hour of need, particularly for the outstanding care he received from the palliative team and nurses and the different helpers.

Eddie helped raise funds for the society through their annual church gate collection, and such activities as bag packing in local supermarket outlets. Notwithstanding he was undergoing treatment he still helped with the church gate collection earlier this year. He also took part over recent years in the local 24 hour “Relay for Life”

After he retired from union affairs he continued to help others in the Dundalk Citizens Information Resource Centre when located in Clanbrassil Street. Eddie hailed from Kilkerley, one of five sons of William and Hanora Cronin, who also had three daughters. They were a close knit family, and he is the first of the siblings to die.

He attended school in Kilkerley, leaving at the age 12. He headed off to London at 16, where he worked for a number of years in the building trade before returning home.

He met with Phyllis Woods and they married and settled down in Saint Clement’s Park where Phyllis’s family home was. They raised their daughters, Elaine and Arlene and son, Gary, with Eddie a caring and loving husband and father. He worked at different jobs when he moved back to his native town before securing employment in the then Ecco plant where he spent the remainder of his working life.

He was an avid reader, who enjoyed a game of snooker and a flutter on the horses. In latter years he loved to do a small yankee wager, and looked forward to Saturday and going for a few drinks and watching horse racing on television.

He developed cancer ten years ago, and managed to fight it only to flare up again last October. But he never once complained. He passed away peacefully at his home, where there was a stream of callers and a very large attendance at his funeral. His wife and family are very grateful to all who offered their sympathy and paid their respect, which reflected Eddie’s standing as one who cared so much and did so much for others.

He was predeceased by his baby daughter, Carol, along with his parents.

After reposing at his residence on Saturday and Sunday, Eddie’s remains were removed to Saint Joseph's Redemptorist Church for funeral Mass on the Monday. The celebrant was Father Eamonn Kavanagh CSsR who delivered the eulogy.

The lovely music and singing was provided by Trevor Clarke on the organ and vocalist Alice Hoey. Burial took place in Saint Patrick’s cemetery.

Month’s Mind Mass for Eddie was on Sunday, November 25 in Saint Joseph’s Redemptorist Church at 12.30pm.