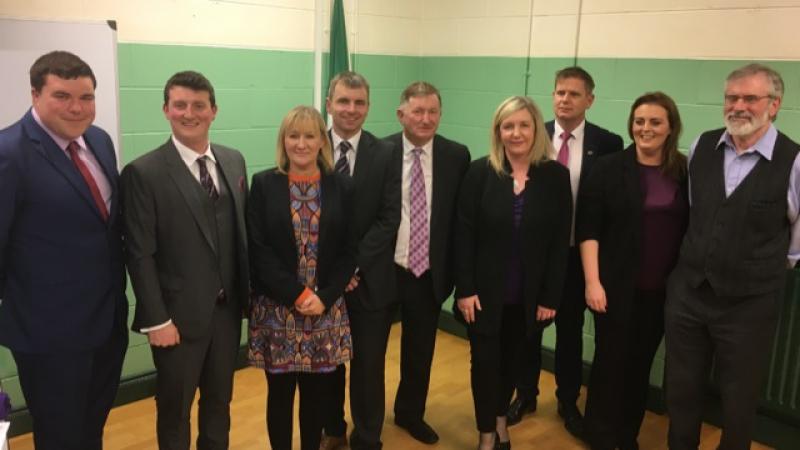 Sinn Fein have selected their team to contest the 2019 local elections here in Louth which will take place on the 29th of May 2019.

In Mid-Louth Pearse McGeough has been selected to run again, a running mate has not yet been chosen for Mid- Louth.

In Dundalk South, Current councillors Anne Campbell, Tomas Sharkey and Ruairí ó Murchú have all been selected to run again next year.

In Dundalk Carlingford, Councillors Edel Corrigan and Antóin Watters have been selected to run again, while Eugene Garvey who will be competing for a seat for the first time in 2019. In 2014, Sinn Fein lost out on a third seat in Dundalk / Carlingford and are hoping that Garvey will be able to secure the third seat in 2019.

Speaking at the selection, Garvey said “I am humbled and honoured to have been put forward and subsequently selected by Halpenny Worthington Watters Cumann and look forward to joining the Sinn Féin team on Louth County Council.” Local TD’s Imelda Munster and Gerry Adams were also present at the selection event.