Dundalk man's poetry books have raised over €20,000 so far 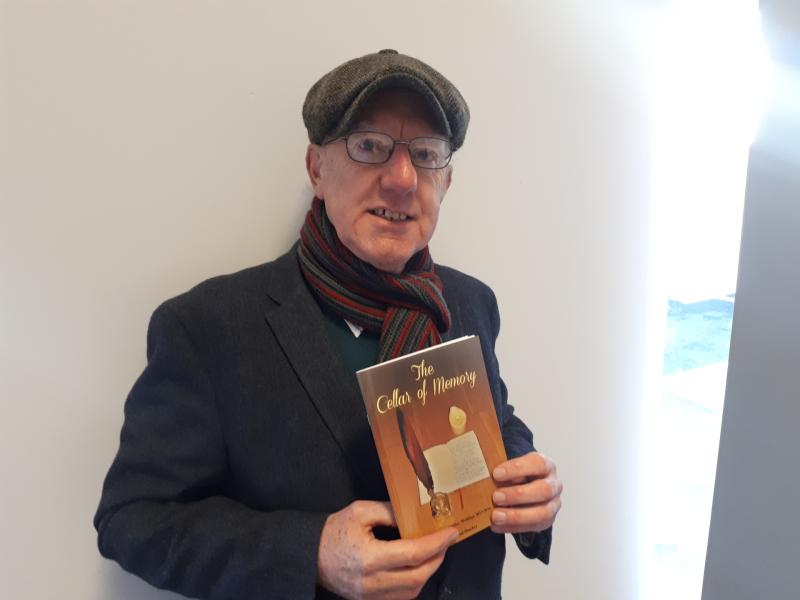 Local poet, Noel Sharkey’s sixth book of verse ‘The Cellar of Memory’ is now on sale across Dundalk and North Louth.

Sharkey’s book contains over thirty new poems and also a six page article of his reminiscences on the Pavilion Ballroom in Blackrock as well as several pages of color photos including the old ballroom and old newspaper advertisements for dances being held there.

The poems range from the author’s parent’s first meeting in the A.O.H. Hall at Cocklehill in 1947 to his days in St. Fursey's N.S. during the late 1950s and early 1960s. 'Michael Duffy's Train' is about an emigrant's farewell to his family members and ‘Some Words’ is a heartfelt paean to his friend the late Gerard Quinn.

There are also pieces on the Northern Ireland troubles as well as ‘In my Father’s Time’ and ‘Our Generation’, two observations on the social changes which took place over the last one hundred years. The book also contains a ghost story set in 1930s Kilkerley and several poems on the beauties of Blackrock beach.

Copies of ‘The Cellar of Memory’ are on sale in Pat Flanagan Mace at Dublin Road, Haggardstown, at Centra, Blackrock, and also at Roe River Books, Park Street, at which reprinted copies of Sharkey’s first three books of verse, ‘Water From An Ancient Well’, ‘Hush’, ‘The Woods Are Listening’ and ‘Against The Grain’ are also on sale with all monies going the The Birches.

All copies of Sharkey's books are priced €5. His parish history books (sponsored by Frank Lynch Accountants of Seatown Place) and his previous poetry books have raised €22,815 towards the welfare of alzheimer patients and all proceeds from his new book (for which the author has received generous sponsorship contributions from John Laverty and his staff of John Laverty Motor Factors of Coes Road) will be donated to The Birches.

The North Louth Branch of the Alzheimer Society of Ireland formed in 1994 and presently has ten branch members who work and fundraise in a totally voluntary capacity.

Within the branch is a Core Management Committee who meets monthly with The Birches Nurse Manager Olive Joyce to review the finances.

The Day Centre site was donated by the HSENE, thus enabling the “State of the Art” Day Centre The Birches, for people within North Louth to open in 2000.