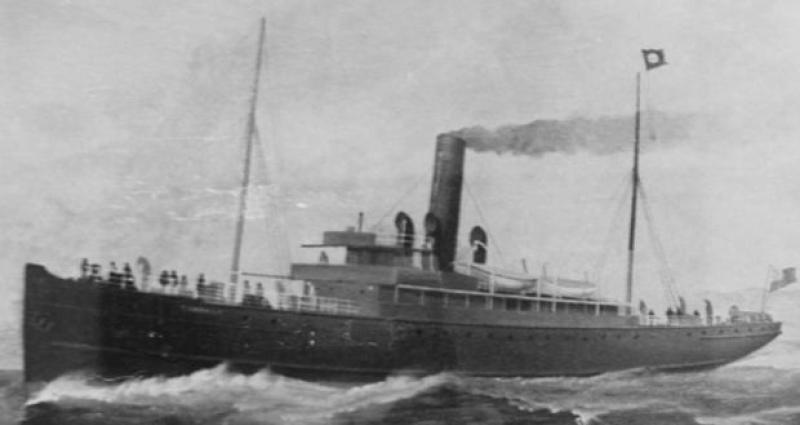 An exhibition exploring the economic, emotional and communal effects of the sinking of the SS Dundalk 100 years ago was officially launched today at the County Museum, Dundalk, by UK Defence Attaché, Colonel Darren Doherty.

The SS Dundalk, a 235-foot-long merchant ship, was on her return trip from Liverpool’s Collinwood Dock to Dundalk Harbour on 14th October 1918 when she was torpedoed by a German submarine. The attack and subsequent sinking of the ship claimed 20 lives - 19 crew and one passenger, most of whom were local to Dundalk and surrounding areas.

The ‘SS Dundalk’ exhibition explores topics such as Louth’s booming port trade in the early 1900s, German WWI strategies, life in Dundalk during the war, and the effect of the loss of life on the victims’ families and friends. It features a variety of elements, including recent video footage of the vessel on the sea floor and photographs of the ship during construction as well as its routine operation. Exhibition highlights include a model of the ship, the ship’s compass which was rescued from the stricken vessel and a memorial plaque, often referred to as the “Dead Man’s Penny”, given to the family of Vincent Morgan, one of the victims of the tragedy.

Commenting, exhibition curator, Brian Walsh said: “The sinking of the SS Dundalk is one of the most significant events in Louth history. This was a terrible time in Irish marine history - only days before the sinking of the SS Dundalk, more than 500 people lost their lives when the RMS Leinster was torpedoed off the Dublin coast. These attacks happened only weeks before the end of WWI. We hope that this exhibition, along with other events taking place around the county to mark the centenary of the tragedy, are a fitting tribute to those who lost their lives.”

Speaking at the exhibition launch, UK Defence Attaché, Col. Darren Doherty said: “I’m honoured to be in Dundalk today to open this fascinating exhibition. This exhibition is a timely reminder of the close social, economic and cultural ties not only between Dundalk, and cities and ports such as Liverpool and Glasgow, but also of the interconnectedness of the household and national economies, something that resonates to this day.  I would encourage anyone with an interest in local history and this era to visit the exhibition.”

The ‘SS Dundalk’ exhibition is open to the public from Saturday, 13th October at the County Museum, Dundalk.  Its opening hours are 10am to 5pm, Tuesday to Saturday and entry is free.

Other events to mark the centenary of the SS Dundalk include an ecumenical memorial service taking place this Sunday, 14th October at 3pm in St Patrick’s Cathedral, Dundalk.