“No longer a matter of if but when" 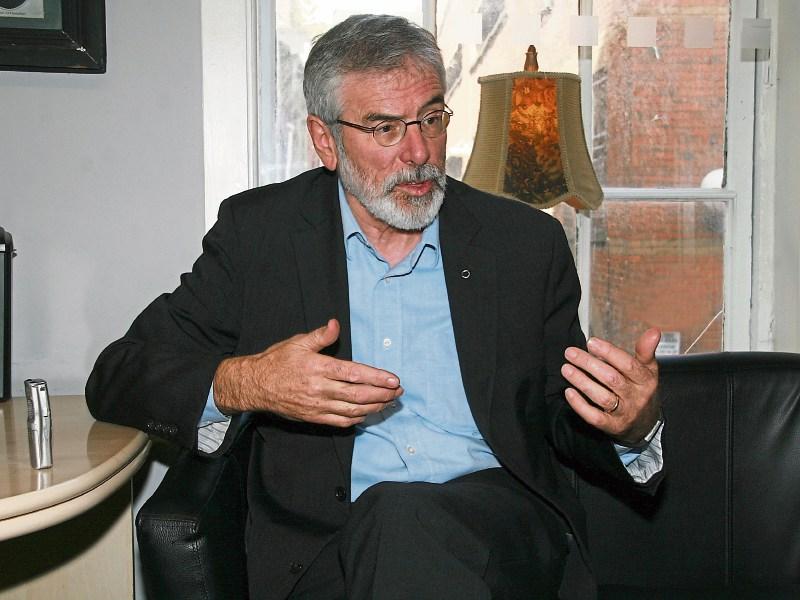 Writing today in his weekly column in the Andersonstown News and his blog column (www.leargas.blogspot.com), the former Sinn Féin party leader explores the economic argument around Irish unity.

“Republicans have a responsibility to map out the kind of shared new Ireland, we are working to build. A key element of any strategy of persuasion requires republicans addressing the issues of affordability and prosperity…

"British Treasury Figures relating to the north and to the block grant are deliberately misleading and are purposely used as a source of misinformation to defend the union with Britain. The British Government claims that it allocated 24bn (billion) of public spending to the north for the year 2015-16.  This figure is used by political unionism and others to argue that there is a £10bn deficit.

"Of this 24bn figure 3.7bn is spent on British defence, overseas representation, and debt.  This spending does not relate to the north. It is a matter for the British state and is not our debt. That leaves 20.3bn.

"The British Government estimates revenue generated within the north at 16.7bn. That means that the gap between what is spent and what is raised in the north is closer to 3.6 bn.

"In addition British Government Departments claim that they spend 1.8bn of this on the north.  Aspects of this spending may or may not be considered to be essential. It is Sinn Féin’s position that this spend cannot fully be considered to be local debt until it is devolved to local budgets.

"Therefore the local spending deficit - which is the difference between the amount of money spent and raised in the north by the Executive and local authorities - is £1.8bn. To summarise, based on official British Treasury information the fiscal deficit in the north is at most in the range of £1.8bn to £3.6bn.

"In the context of Irish unity, in which the entire island is part of the EU, where the additional costs relating to the duplication of services are ended and with Irish control of our economic strategies, investment and growth, it is clear that Irish unity makes economic sense and is affordable.

Deputy Adams says that this view is supported by peer reviewed research:

"Support for this is contained in the peer reviewed paper published in November 2015 by Professor Kurt Huebner of Vancouver University which is titled ‘Modeling Irish Unification’… ", he said.

"More recently", he continued,  "in July a report researched by Gunther Thurmann, who worked in the German Desk for the International Monetary Fund (IMF) during German reunification, along with Senator Mark Daly of the Oireachtas Good Friday Implementation Committee, entitled 'Northern Ireland's Income and Expenditure in a Reunification scenario' concluded that the north would cease to be a financial dependency in the event of a united Ireland.

"It said that the six counties would save £8.5bn a year by leaving the British state and uniting with the rest of the island. This would bring the North close to a balanced budget..", he concludes.