Dundalk women in sport are leading the charge 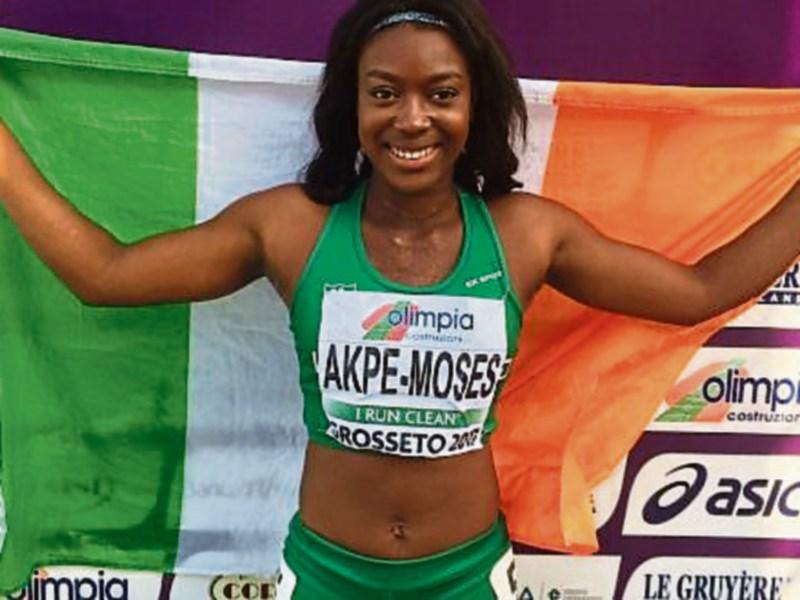 Women in sport undeniably do not get the same coverage, treatment and respect as men in their same fields, but recently in Ireland women across varying sports have been overshadowing the men and making a new name for themselves.

One such rising star is from our very own hometown of Dundalk. Gina Akpe-Moses is the first Irish woman to win a sprint gold medal, in the European U20s in 2017.

At only 19 years old Gina, who is part of Blackrock AC, is the reigning European Junior 100m Champion and most recently won sile

Akpe-Moses isn’t the only one to watch in the Athletics world in Dundalk. 16-year-old St Gerard’s club runner, Patience Jumbo-Gula most recently clocked a championship record in the European U18 100m of 11.59 in her semi-final.

Both trailblazers were also part of the silver medal-winning quartet, completed by Molly Scott and Ciara Neville, in the World U20 Championships in Finland in July, breaking an Irish record finishing in a time of 43.90.

In more recent events, there was controversy surrounding the Irish women’s hockey team, who reportedly had to pay a €550 levy to attend the World Cup, in which they earned silver after losing to Holland in the final.

However, these claims have since been quashed with the Minister for Transport and Sport Shane Ross stating that such a levy was removed after the Rio 2016 Olympics.

This has once again shone a light on funding that goes into women in sport, but with thanks in no small part to our recently successful athletes and Irish Hockey team.

In a recent statement, Minister Ross vowed to ‘improve the funding for women in the sports policy, so we will particularly look at this as they have been so successful’ and ‘promised that we will spread the funds available for various sports in a more concentrated way for those that are successful rather than give it across the board to those that aren’t, so targeted and hockey, given their success will be part of the targeted funding.

‘They are justifying in their success that they should be looked at for increased funding.’

Sporting Ireland’s John Tracey has further backed up Minister Ross’s statements outlining plans to double sports funding to €220million over the next 10 years, saying ‘ Clearly we need investment very quickly in terms of high-performance sport with Tokyo coming up.’

The Irish Women’s Hockey team defied the odds, made history in making it to the final and shone a light on what a talented team they are and made our country very proud.

It is only right that they revel in their civic reception and are shown the support we would show to a national men’s team.

Their silver medal has turned the cogs in the wheel of equality in sport and sports funding.

As for our own budding superstars, Gina Akpe-Moses and Patience Jumbo Gula let’s get behind them the way we rally behind Dundalk FC.

They have their sights set on Tokyo 2020 Olympics and given their current track record a medal and civic reception in The Town is not outside the realms of possibility.