Family was everything to multi-talented Mary Woods 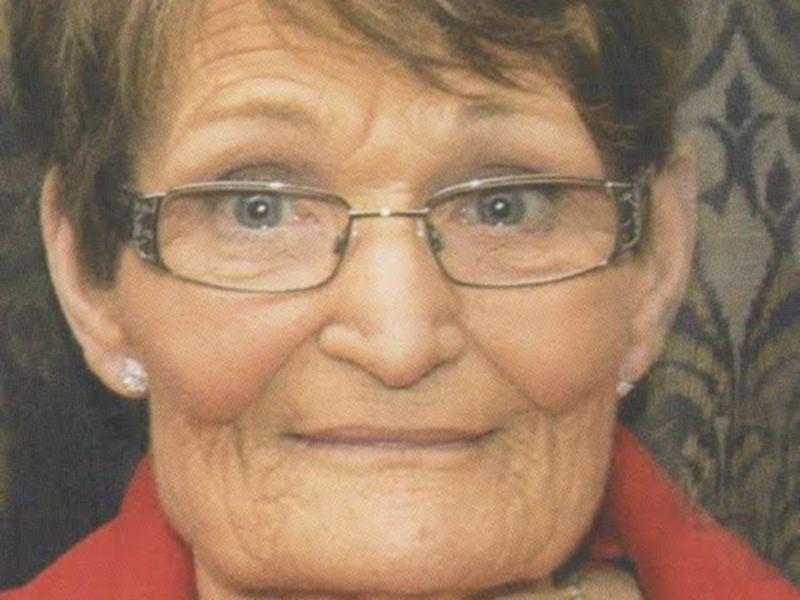 M ary Woods of 1 Gort Nua, Station Road, Castlebellingham was a talented lady whose family where her whole life. And as a wife and mother, they in turn could not have asked for better.

She gained her secondary education in Dunleer Technical College.

Mary worked as a housekeeper for farmers in her area after she finished her formal education and engaged in different work over the years. She was employed in the fish factory in Clogherhead, and worked in a café in Dunleer and the Heritage Centre in Annagassan and acted as a home help.

She loved gardening, especially flowers, and had a talent for flower arranging which she employed making wreaths and sprays for local patrons and blessings of the graves.

It was one of the different talents that she possessed as well as a deep pride in her environment.

She took upon herself to see to the upkeep of her local estate and was largely responsible for Gort Nua gaining award winning recognition in the Louth Tidy Towns competition. However it was as a wife and mother that Mary excelled. To her family there was no better, and she filled the role of carer for her son Martin with model dedication and commitment.

She will be sadly missed by husband, Thomas and her children and grandchildren, and her great granddaughter Layla who was born six weeks before her death.

One of the things she loved was passing on her baking skills to the younger members.

Her cakes and bread were something else.

She retained her maiden name when she married Thomas Woods from Annagassan in 1975.

This gave the couple the cure of whooping cough which they gladly imparted to help many overcome the illness.

They went on to have five children, comprising daughter, Patricia and four sons, Fintan, Gary, Martin and Stephen.

They set up home in Ballygassan where they spent most of their married life and Mary loved it there.

The family moved to Gort Nua in 2002, and Mary brought her gardening talents to bear in her garden, and played a leading part in the upkeep of the estate.

She passed away peacefully at Beaumont Hospital, Dublin with members of the family around her.

She was predeceased by her grandsons, Kenneth and Darren.

She reposed at her home on the Friday and was removed to Saint Colmcille’s Church, Togher on Saturday morning. Father Tom Daly PP Togher and Father Sheehan

Administrator Kilsaran celebrated Requiem Mass after which Mary was interred in Port cemetery. Readings were given by Gabrielle Renaghan and Lynette O’Neill, while the Prayers of the Faithful were led by Gordon and Aaron Woods, Patrick Dowdall, Lisa Molloy, Ann Taaffe and Becky Woods.

The Offertory procession was formed by Amy, Kayden, Lorcan and Keane Woods and James Quinn.

A Reflection was given by Karli Berrill. The music was provided by Patsy Breen and Eamon Cooney.

The Month’s Mind Mass for Mary was in Togher Church on August 4th at 8pm.