The danger of dealing with fires on steam locomotives 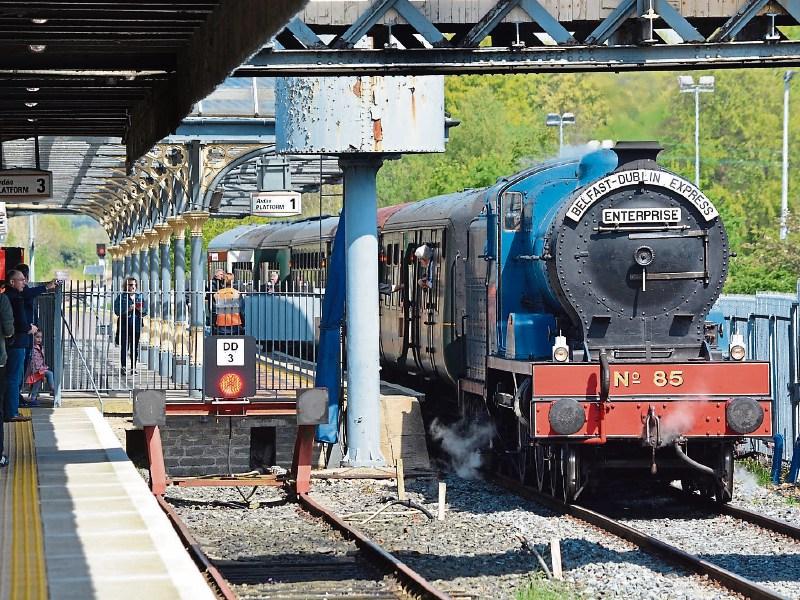 The danger of dealing with fires on steam locomotives

An unusual effect of the recent very dry spell has been the National Railway Preservation Society of Ireland has had to cancel their planned Steam Train trip between Dublin and Belfast last weekend because of the danger of 'flying sparks' from the chimney of the locomotive.

It appears that the Society were concerned that the sparks might start fires on embankments at many places along the 112 mile route which, in turn, could lead to wild fires spreading from the rail tracks and endanger property.

When I heard the report, I was somewhat amused because I had grown up in time when it was normal to see smoke and flames belching from steam engines but I never recall being told that they could be the cause of uncontrolled wild fires. Indeed, I can recall, from my childhood, walking along the line near my home and seeing glowing coals lying alongside the line that had been thrown there by a locomotive fireman to clear his boiler furnace.

When I remarked on this to an old railwayman, however, he said that it had always been the practice for locomotive crews, in dry weather, to watch out for embankment fires that might have been started by sparks from an engine that had been along the track.

He did not tell how they were supposed to put out these wildfires but I suppose they just quenched them with their shovels and, maybe, they had some way of getting water from their tankers to fight the blaze!

An unusual feature of some of the larger locomotives was that they had large, flat, panels on either side of the smoke stack to force the smoke and sparks high above the moving train and prevent these nuisances getting into the passenger coaches.

This equipment, called Smoke Deflectors, was rare on locomotives running on Irish railways and people had just to put up with the blurring of sight and the smell!

Of course, the type of dry weather we are experiencing at the present time is very unusual in these parts and, indeed, it is more than forty years since I have seen the grass and scrubs in the district so withered as they are at present!

But there were very dry conditions previously over my lifetime and there was not modern equipment to put out these wild fires. They were just allowed to burn or to have fire breaks in the vegetation to stop them spreading!

David Humphries, a prominent member of the Preservation Society, tells me that the threat of rail side fires is even greater now than it was in the days of steam locomotives and that modern trains are equipped with mats and long sticks to beat out any fires along the line.

He says that the reason is that the small fires started by burning embers thrown from the locomotives used to keep down the vegetation and that it grows more lushly these days as a result.

As to who actually fought the fires in the steam train days, everybody who was fit, including some passengers, might jump out of the train out to help!

David also tells me that two other excision trips run by the Society recently have had to change from being pulled steam locomotives to diesel engines. He says that the 'Boyne Trip' as they call the excursion between Belfast and Dublin, will be kept under review to see if it can run before the end of the year!

It was the cause of considerable disappointment to some that this steam trip had to be cancelled as the local Railway Heritage Society had booked a number of seats on this train. There were also a number of others who would have turned up at the Clarke Railway Station to see a large blue locomotive in action once again.