Dundalk is experiencing a shortage of swallows this summer. But why? 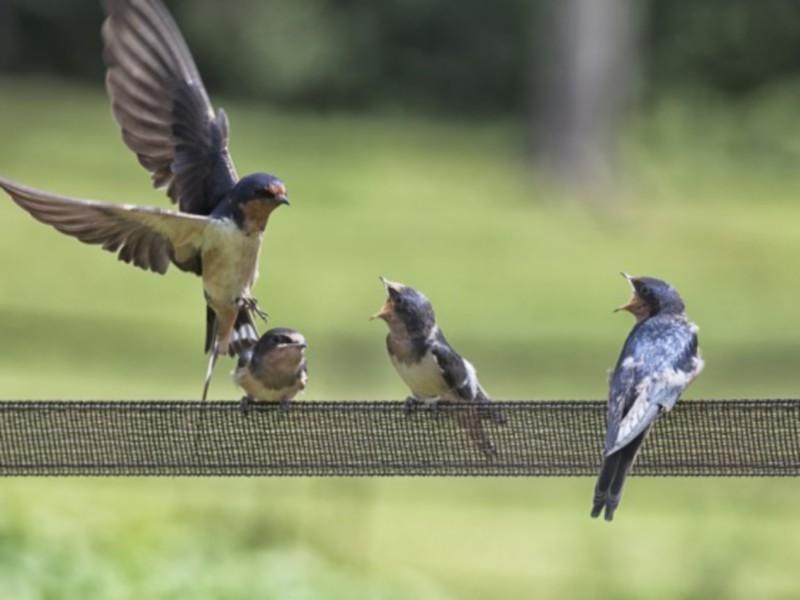 Dundalk is experiencing a shortage of swallows this summer. But why?

There are remarkably few swallows in the skies over Dundalk this summer and local people have been wondering if this had anything to do with the exceptionally fine weather we have been experiencing for the past six weeks or so.

Speaking, however, to somebody who knows a lot more about our local migratory birds than I do, it appears that the exact opposite is true.

He tells me that the swift and charming little birds have been experiencing great difficulty in reaching our shores this year because of the poor weather earlier in sub-Saharan Africa.

It appears that the they have tended to remain in Southern Africa because they could not get sufficient food to make the long journey north.

There are repots that many birds that did try may have perished on the way!

I was, however, reading a much more disturbing report as to why many swallows and their cousins, the swifts, are not making it to Ireland over the past few summers is that people in Malta and Cyprus have been trapping them over their islands in the Mediterranean.

This report states that these islanders have been doing this for sport, even though both countries are members of the E.U. that is supposed to have strict laws to protect these birds!

I suppose we should not be too critical of the people who do this because, until very recently the people of Dundalk were trapping finches and other song birds to keep in cages as pets!

I recall that one local lady told me that her father used to smear branches with a sticky substance to catch the finches and was proud of his ability to catch and sell them to his neighbours.

Our own family kept cage birds when we were children, mostly budgerigars and at least one canary. These small creatures were well enough feed and watered but I was never happy about keeping any bird in a cage!

This feeling for the birds may have been aroused in me by a story which was taught to me in school called ‘Eoghainín na nÉan’.

It was about a sickly child who watched for the coming of the swallows.

He knew when they departed in the autumn that it would be the last time he saw them.

Written in Irish it means ‘Eoghan of the Birds’ but it was only in later life that I realised it was written by Padraig Pearse, the 1916 Rising leader.

Other flying creatures that I have missed this year were the bats that used to flit around our garden at twilight when the weather was fine.

They are also a supposedly a protected species!

I have not seen any bats so far this summer and wonder where they have gone?

I thought I saw just one swallow last week, my first such sighting, in the first week of July, which is about six weeks later than they might have been expected and, even then, I could have been mistaken.

There are plenty of birds about but not, it seems, the usual species of migratory birds.

I hope that this is not another sign of changing weather patterns?

Thursday of next week, July 19, is the date of what used to be known in Dundalk as the ‘Shops Holday’.

It used to be the one day of the year, apart from Christmas Day, when all businesses in town closed down and many who worked in them went off on excusions.

It was still being celebrated in Dundalk after I started work in the 1950s and dated back to the nineteenth century when shop assistants were not entitled to any annual holidays.

This state of affairs lasted up until the 'Shops Act' passed just before World War One.

In 1909 there was an attempt to introduce a weekly half-day holiday on each Thursday, in place of the annual General Holiday in July.

But this idea was met with great opposition from local conservsative businesss men.

The idea was, however, eventually agreed and has lasted into the present century.

And, I am reliably told, there is still one premises in town which observes the tradition!