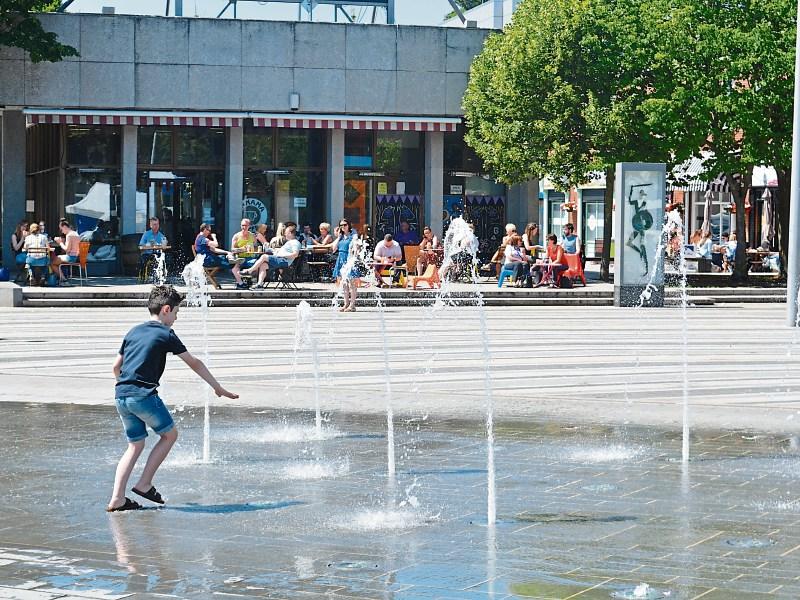 If you thought it was hot last week, spare a thought for the parched folk of Dunleer back in 1895.

According to a report in the Democrat on July 1st of that year, following a sustained drought, the great people of that mid-Louth village were so overcome with emotion and hysteria that when rain eventually fell upon their scorched heads in late June, they all actively lost their minds.

“On Wednesday afternoon Dunleer was visited by a tremendous thunderstorm and torrents of rain came pouring down”, begins the Democrat’s report (rather forebodingly it must be said).

“It being such a novelty and so long since rain visited before, the people came out of doors and lifted their hands and their hearts in thanksgiving for the great shower.”

Now, I wasn’t in Dunleer last week, so I’m not sure if the same sense of frenzied hope for rain is brewing there in 2018, but, given the extensive warm, dry spell we are currently enduring, it wouldn’t be beyond the realms of reasonable speculation to suggest that people there are about to snap because of the ‘hate’.

Keeping an eye on the weather is a love/hate hobby for Irish folk and we like nothing more than complaining about both the abundance of rain and then perversely the lack of it.

Moan as we might about our weather, at least we actually have “weather”. Our temperate northern European climate is such that the great variety of types of weather we experience means you could never be bored.

The great American comedian Bill Hicks ruminated on this in one of his stand-up shows when talking about the difference between Californian weather and the weather here:

“Every single day, hot and sunny. And they love it (in California). ‘Isn’t it great, every day, hot and sunny?’ What are you, a f**king lizard? Only reptiles feel that way about this kind of weather. I’m a mammal, I can afford coats, scarves, cappuccino and rosy-cheeked women.”

Closer to home, for the ultimate in accurate weather forecasting, there’s really only one place to go. And that’s ‘Louth Weather’. This meteorological marvel manages to be bang-on when it comes to forecasting around the county.

With 22,000 Facebook followers, I’m obviously not the only one who thinks this either.

There has yet to be a forecast that Louth Weather (LW) has posted which has been wide of the mark.

With a sense of humour drier than Dunleer in 1895, LW is excellent at managing expectation and keeping in check the more lurid and sensational online weather headlines that newspapers and other media outlets love to fling about the place with wild abandon whenever the wind picks up a tad or some gentle flakes of sneachta fall from above.

Be it extremes of cold (see the Beast from the East in March) or heat (right now) LW usually gives accurate, informed and detailed reports on a near daily basis.

Louth Weather’s good with the nose as well. An update on Thursday probed the reason behind the faintest smell of smoke which was drifting across the north east of the country that afternoon. After studying some live digital satellite maps, LW traced the source of the stench to the ongoing wild fires on Saddleworth Moor just outside Manchester - better than Steve Martin’s big-nosed fireman in ‘Roxanne’! Of course, the big question really is - just who is Louth Weather? Answers to editor@dundalkdemocrat.ie, please.