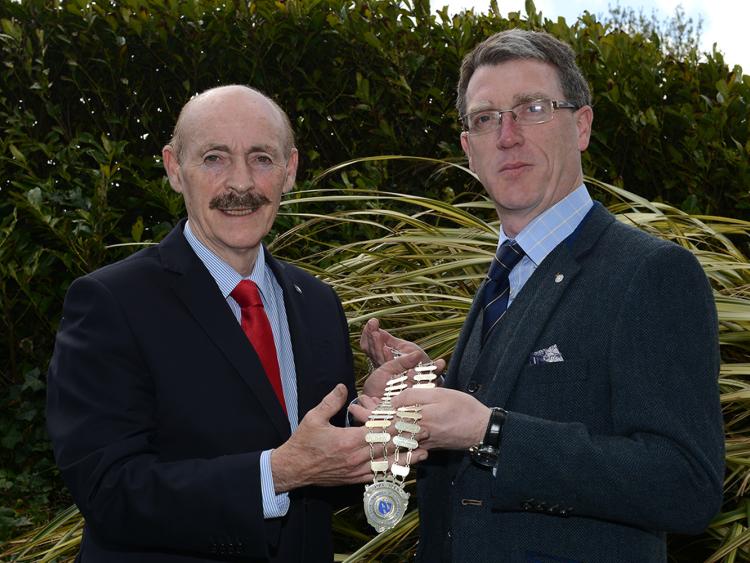 There is a new President of the Dundalk Chamber of Commerce - after Pat McCormick was elected to the role last week.

McCormick, the Head of Dundalk Institute of Technology's Electronic and Mechanical Engineering department, was elected to the role during the Chamber's AGM held last Wednesday morning at the Crowne Plaza Hotel.

He takes over the role as President of the Chamber from previous incumbent Michael Gaynor. Sean Farrell of the Marshes Shopping Centre was elected to the role of Vice President, previously held by David Minto of Horseware. Thomas McDonagh of UHY Farrelly Dawe White was elected as

Speaking at the Chamber AGM ;ast week, outgoing President Michael Gaynor said he was was “delighted” to have been President of Dundalk Chamber and mentioned that during his tenure the Chamber made many successful submissions including the 2040 plan and the introduction of the Shop Local Gift Voucher Scheme.

The latter has hit sales of over €1.3 million and now have over 300 local shops accepting them.

Michael stated that the Chamber is working tirelessly on behalf of its membership, promoting Dundalk as a great place to do business and the newly appointed officers will continue this valuable work into the future.

Gaynor was first elected President of the Dundalk Chamber of Commerce back in 2015, when he replaced Paddy Matthews. David Minto also spent three years in his role as Vice-President.

Incoming President Pat McCormick has already been busy on Chamber business this year. He accompanied a delegation of members to Newry in March for a meeting with the Board of Newry Chamber, in relation to cross-border work and the a briefing on the Project Ireland 2040 plan.