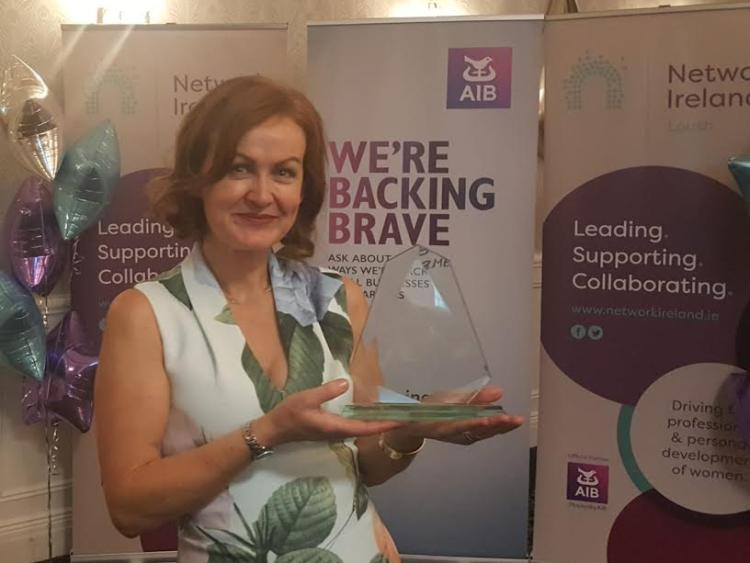 Joanne Lavelle from Micheal Lavelle Estate Agents has been crowned Louth Businesswoman of the Year, in the Small to Medium Enterprises category at the Regional Network Ireland 2018 Awards.

Joanne, who is a Property Advisor, Negotiator & Mediator at Micheal Lavelle Estate Agents in Dundalk faced some stiff competition as the awards were handed out at a Gala event in the Westcourt Hotel in Drogheda last night.

Jenny Matthews from Jenny Matthews Photography and Áine Nic an Ríogh, who runs The Drawing Room, were the other finalists in the SME category.

Ms Lavelle, who will now go through to the nationwide finals which will be held in Galway in September, told The Dundalk Democrat: "I'm absolutely delighted to receive this award. It's a fantastic endorsement of the work that we do. I'm very excited about the finals in September, although becoming Louth SME Businesswoman of the year is already a huge honour."