Family and football were the great joys for Seámus Bellew 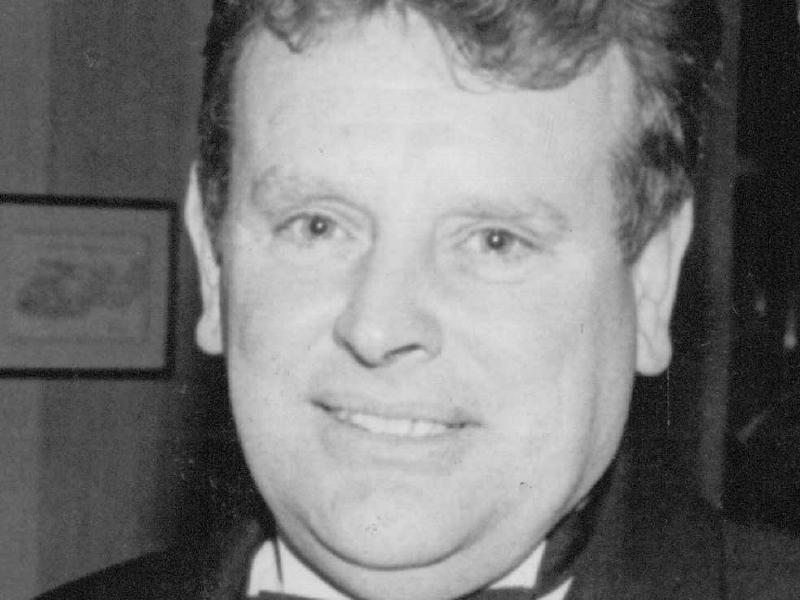 He was a devoted husband to Marion (nee Murray), a loving father to Michelle (Murphy) Rockmarshall, Mark (Scotland) and Carolyn (Joyce) Annaloughan, father in law to Gavin and Diarmuid; granddad to Kaitlin, Jamie, Oisín, Lucy, Josh and Sonny.

Seámus will be sorrowfully missed by his aunts, uncle, cousins, brothers and sister in law, and by a large circle of friends.

Seámus was also predeceased by his father in Law, James Murray and his sister in Law Sarah Bellew.

He was born in Our Lady of Lourdes Hospital, Drogheda in May 1952. He grew up in Marian Park, an area rich in community spirit and was educated at the De La Salle Boys primary and secondary schools.

Seámus then went to work in CRV Engineering, Ardee Road, Dundalk, where he served his apprenticeship as a fitter/welder.

Following this he started working with CIE in Barrack Street until it closed. He then moved to the Bus Eireann Garage on the Ardee Road, where he received his gold watch in acknowledgement of 25 years of service. In total, Seámus worked with CIE for 33 years.

As a teenager, Seámus was a member of the Marian Park Variety Group which won numerous awards all over the country, under the direction of his late father.

Seamus had a lovely singing voice and he was also a member of Dundalk Musical Society.

From a young age Seámus showed an interest in writing and was the first person in Dundalk to be published in the very popular comic ‘The Dandy’; his article was about his hometown Dundalk.

In Seámus’s teenage years there were not many activities for youth.

So along with some friends, Seamus organised ‘hops’ which were held in the Marian Park hall and were always very popular with the young people of the day.

He was also very involved with sport as a young boy. He played most sports but favourite of all was football.

Seámus was a very good goalkeeper and he won many trophies. He also played badminton and with the help of others founded the Cuchullain Badminton club, but there is no doubt that his greatest sporting passion was for Muirhevna Mór Boys football club and his beloved Dundalk FC.

Seamus won Supporter of the Year with the Lilywhites and for many years was secretary of the supporter’s club.

He was also a key fundraiser; many will remember his diligent and dedicated sale of Dundalk FC lotto tickets. Indeed, an impeccably held one minute’s silence took place at the home match in Oriel Park on the day that Seámus passed away, a mark of respect that was much appreciated by all of his family and friends.

Seámus had a very big heart, giving generously of himself, his time and his energy especially to the young people of Muirhevnamór.

Since his passing many stories have been told, of how he helped others, without ever saying a word about it. He also lent a hand every year at the Meadow Grove fete, where he could be seen in goals at the penalty shootout.

Seámus was very interested in politics and from a young age helped his dad during election time.

His late father, Jimmy Bellew, was an Independent councillor for many years until his untimely death on March 5 1979.

His father taught him that people were more important than party politics and he learned to be a community person by his father’s example.

Seámus helped his brother Martin Bellew, who was co-opted into the council seat previously held by his father; he canvassed far and wide for him also.

Seámus met his wife Marion while she was on holidays in Dundalk. They married some years later in Saint Peter’s Church, Phibsboro on August 23 1975 and they celebrated 42 years of marriage last August.

They have three children, Michelle, Mark and Carolyn. Seámus was a loving and devoted father to all three of them.

They enjoyed family holidays to London, Wexford and Waterford. Those who knew Séamus won’t be surprised to hear that the bike usually went on holidays as well; indeed, the bike went most places.

He would be seen every Sunday cycling to Cox’s Demesne, visiting his auntie Josie and uncle Paddy, then on to his mother Teresa, who is now 93 years young and was a gifted confectioner.

His route home would be via his grandmother, Maisie Bellew’s house in Linenhall Street. He always had a smile and a wave for everyone he met.

After reposing at his home on Sunday, he was removed to Shevlin’s Funeral Home on Monday and subsequently from there to the Church of the Holy Family on Tuesday morning.

A guard of honour was formed to and from Tom Bellew Avenue to the Holy Family Church by Muirhevnamór Boys FC.

The first reading was by his daughter Carolyn Joyce and the second by his niece Laura O’Connor. Prayers of the Faithful were read by Seámus’s grand-daughters Kaitlin Joyce and Lucy Murphy, sons in law Gavin Joyce and Diarmuid Murphy, niece Dara Bellew and nephew Stephen Bellew.

A fitting and very touching eulogy was delivered by Seámus’s son Mark.

Beautiful music was provided by Seámus’s niece Lisa McGuinness, who was accompanied by Brendan McCourt.

A large crowd attended both the funeral home and the Church of the Holy Family, in a visible demonstration of the deep affection and high regard in which Seamus was held.

Seámus was diagnosed with frontal lobe dementia around the age of 46 years.

With the help and support of his whole family, friends and work colleagues, Seámus managed to live a normal life for a few years until the illness took its toll on him.

A special word of thanks is also due to the staff and customers in Clarkes Pub, Quay Street, who were so kind to Seámus during that time.

In December 2011 Seámus entered the care of Castleross Nursing Home.

To all the staff at the Birches and Lisdoonan House, Castleross, ‘you do a tremendous job every day.

We will never be able to thank you enough, keep up the amazing work that you do’.