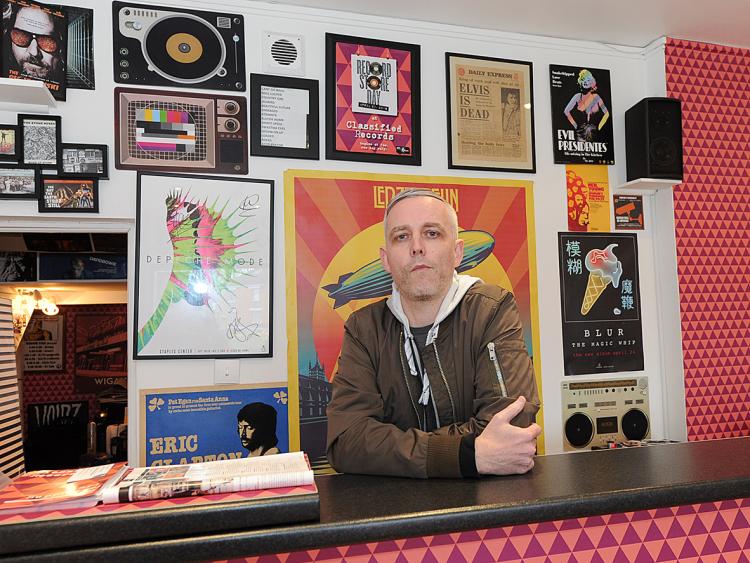 When we entered Classified Records last week to chat to owner Neil Waters, it took mere seconds for a joyous Neil to tell The Democrat where his allegiance lay.

A Liverpool supporter, he – like most of his fellow fans – was on cloud nine after the Anfield side’s Champions League demolition job on newly crowned Premier League champions Manchester City.

Jurgen Klopp’s team are now a two-legged tie against AS Roma from a Champions League final, with Bayern Munich or Real Madrid awaiting.

‘Pool fans will attest that European finals are exactly where the five-time winners belong. Before then however, for Neil at least, another showpiece day arrives on the calendar.

This Saturday – April 21st – is Record Store Day, the BBC-backed worldwide event – promoting music and specifically records. Mega-rare vinyls will be given limited releases from various labels and distributed to participating stores.

All the releases are embargoed, meaning patrons won’t know what records are available and where – adding to the sense of occasion as queues extend outside the doors of record stores the world over.

In Dundalk, it’s no different. This is the third year that Classified Records, located in The Demesne, host Record Store Day. Neil has labelled it the ‘Vinyl Cup Final.’

“It feels like a different day,” Neil tells us. “There’s a big build up to it. We’re very lucky that we have one day a year dedicated specifically to records. It’s a great boost for us. Every retail shop would love to have one day a year like that.”

In 2016, nine hardy souls were outside the door at 9am as the Classified door swung open. Last year, there was double that and Neil is expecting a similar number again. A day for the muso, Record Store Day also shines a welcome light on independent record stores. Newcomers are more than welcome.

“When you open the door at 9am, there’s a real tangible feeling,” Neil says, marking the day out as unlike any other. “We have people come from Armagh, Blayney, Drogheda and Skerries. Your music lovers are out in force that day. People are frothing at the mouth already.”

Described as “specialist but not elitist,”, Classified is a music lovers paradise. Over the course of our conversation, conversation veers from The Voidz to Elvis Presley, Manic Street Preachers to Little Mix and John Coltrane too.

The latter’s ‘A Love Supreme’ album plays throughout. A store with an independent spirit, rules and regulations aren’t a big consideration in the cosy town-centre shop, a real teasure trove for record hunters. But there is one.

“My first question every morning is what record am I going to start the day with? I start the day around the music. We have a big rule in here – the music is always on. We can make up our own rules, being an alternative kind of shop.” 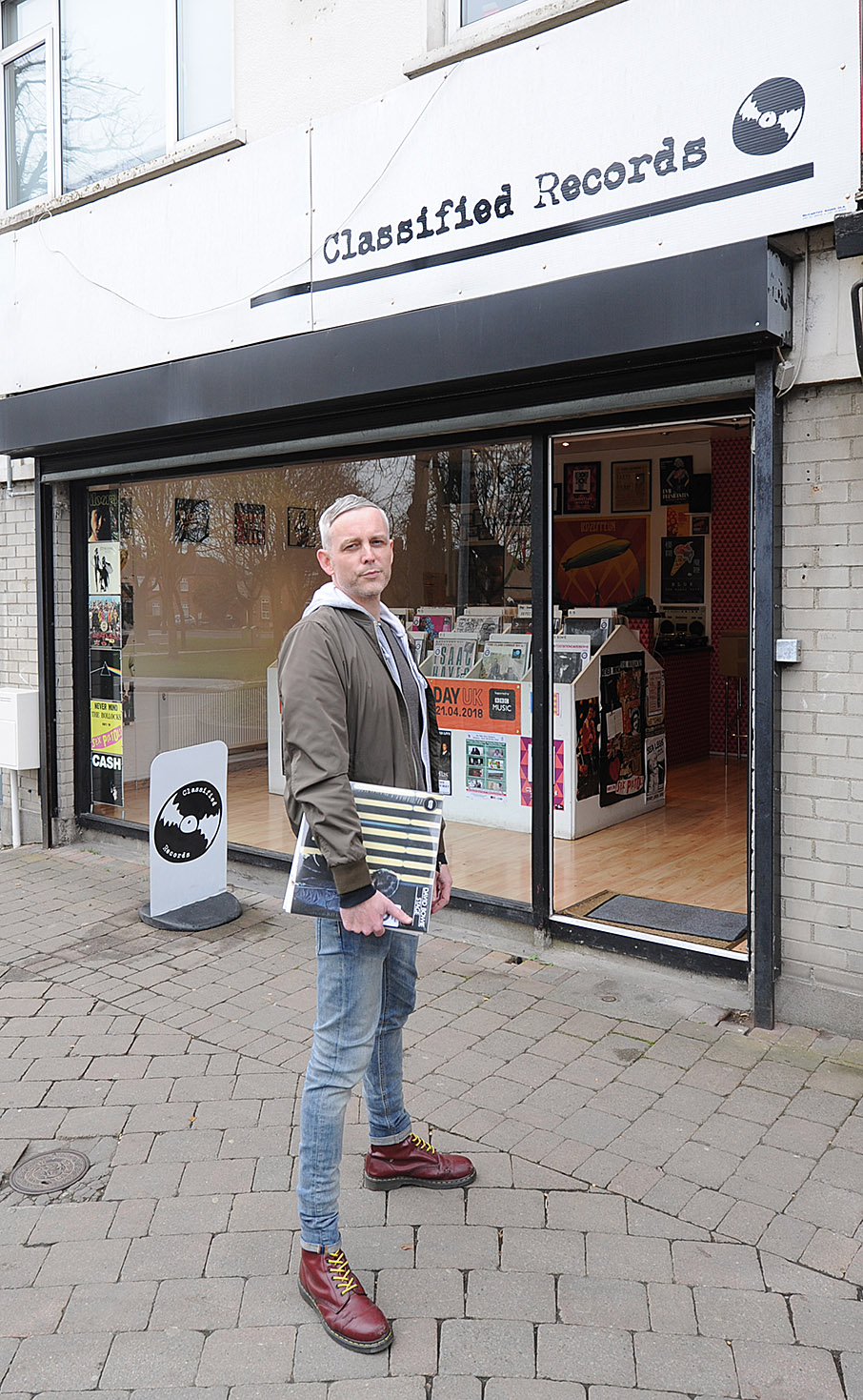 While Neil (above) admits his shop is somewhat of a hipster hang out, retail is a serious business – especially when it comes to hard copy music sales. And the 40-year-old former city of London worker is under no illusions about the difficulties that come with running an independent record store.

But the positives outweigh the negatives It’s a labour of love – with the emphasis on the latter.

“All shops are different. We started up at the same time as a few others – but we did make a big impact. The fact that there hadn’t been a record shop in Dundalk in a long time – that was big.

“By the time we opened, we had 10-12 people waiting at the door. It took up two minutes to sell our first record. We had a torrent of people. It was downright excitement. It was thrilling for us.

“We truly hit the ground running – we hit it spinning and sprinting.”

Neil served his retail apprenticeship down the street, working alongside his father Brendan at Emerald Sports On Earl Street. “It’s a risk,” he says. “It’s your families name, it’s your reputation. I don’t want to get it wrong.”

The BBC and Record Store Day affiliation is doing him no harm whatsoever.

Among the exclusive records up for grabs this year are special releases by – among others - David Bowie, Marvin Gaye, Bruce Springsteen, The Cure, Miles Davis, The Notorious B.I.G., Arcade Fire and Gloria Gaynor.

In another boost to Classified Records, they will also be going on tour, of sorts, themselves next month. In recognition of their continuing work with the BBC, they’ve been invited to host a record stall at their independent record fair at the BBC6 Music Biggest Weekend festival at the Titanic Slipways in Belfast.

By anyone’s standards, that’s a result for Neil. He will hope the ‘Vinyl Cup Final’ is a potent of things to come. In Dundalk, music – much like football -  still reigns as a love supreme.

Pick up your copy of the new look Dundalk Democrat, in shops this week. With a fresh, new look and great sections including Dundalk Life and All Our Yesterdays - plus the best sports section around - don't miss your chance to read the Dundalk Democrat. Available in all good shops and newsagents.