'Lose weight or you won’t see your next birthday' 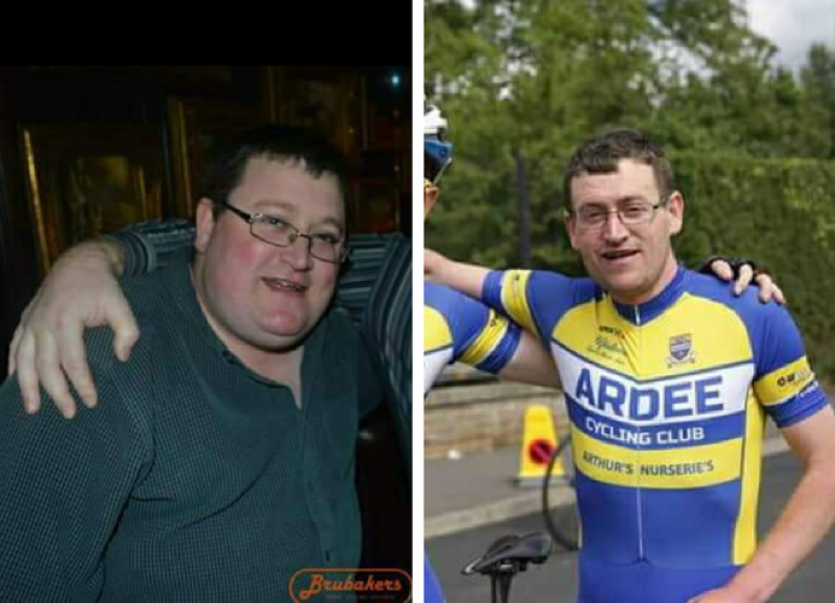 Garry Marron, 33 years old from Ardee, joined his Local Slimming World group with Lynne back in October 2015 after receiving some stern words from a consultant in the Lourdes hospital.

After a trip to A & E with a dangerously high blood pressure reading Garry was told “lose weight or you won’t see your next birthday.”

Garry had just recently celebrated his 30th birthday and was deeply unhappy with how he looked but more so how he felt about himself.

His confidence was on the floor and despite Garry trying to put on a brave face and keep smiling , the remarks in jest from his friends about his weight hurt but he’d say nothing , he believed “I’m big now I might as well just keep going."
Despite several conversations about his weight from his dad , who was seriously concerned Garry still didn’t make any changes.

It wasn’t until Garry ended up in hospital that he knew he had to make changes or he wouldn’t see his next birthday.

His sister Kim had recently lost 6.5 stone with Lynne’s Slimming World Group in Ardee and had represented Ireland in the semi finals of Woman of the year , Garry decided this was the road for him, he followed the plan at Home until the advice of Kim and when he lost 2 stones he decided to brave it and join the group himself.

On his 1st day he was nervous and anxious but soon settled in after a very warm welcome from Lynne and all his fellow members, he sat through the new member talk and realised that this plan was going be very easy to follow and sustain as it was back to basics, real food, no gimmicks or quick fixes.

He was also more prepared going into work as a night time independent newspaper and magazine distributor bringing his food with him rather than grabbing high calorie foods on the run.

Once Garry had 4.5 stones lost he decided to join Ardee cycling club and embraced body magic like a duck to water and now clocks up over 250K a week on the bike and can be seen running a 5K most days around the streets of Ardee as well as his love of Gaelic football with Hunterstown football club.

Garry would love to encourage anyone who’s ever thought about trying cycling to come along on a Wednesday night and start training with Ardee Cycling Club with the view to cycling a 50K June 3rd on The Tour of Louth.

He’s loving his new found confidence and lifestyle and his family are so proud of him. His consultant is amazed with his overall 9st weight loss as well as reducing his medication from 8 tablets a day to 3 a day and he’s totally off his medication for depression as he just gets out and moving to release the happy hormones rather than the medication.

Garry has been maintaining Target since July 2017 after a few resets to find his natural plateau, he still goes to group every week and stays to image therapy to get all the help, hints, tips and ideas for the week ahead. He said he couldn’t have done it on his own and is grateful to his consultant Lynne and the group for all the support. He was man of the year 2 years running as well as the groups greatest loser last month.

If you’re feeling you’d like to change your life or if you feel your weight is holding you back why don’t you come along to any friendly and supportive Slimming World group.