Noel Donnelly was a talented singer and passionate football fan 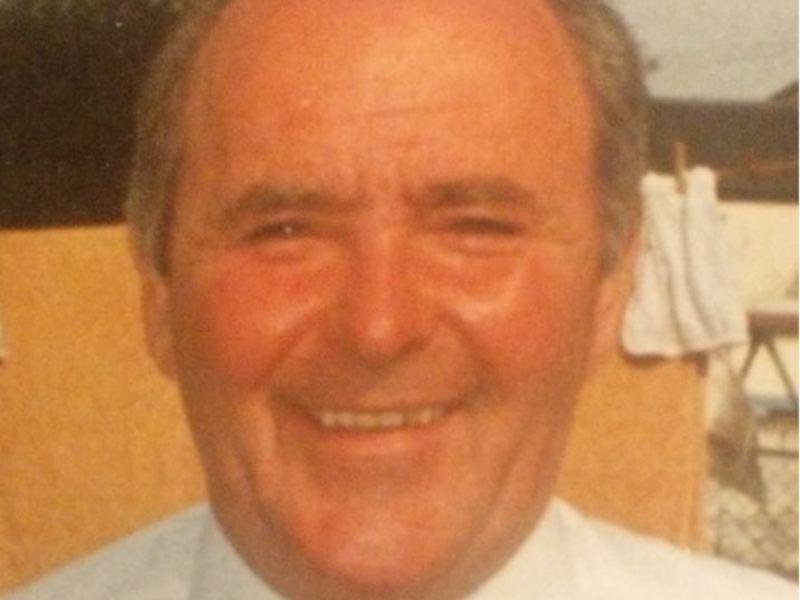 Noel Donnelly who died on January 30 last was a talented singer who was well known through his involvement in the local showband scene and as a member of Saint Nicholas Church choir and for his life long passion for Glasgow Celtic football club. In later life he would have been known for his cheery, friendly nature while out on his bicycle.

Noel was born and reared at 83 Saint Nicholas Avenue, and lived most of his adult years in Oakland Park.

During his childhood years he attended the local De La Salle School. He enjoyed playing football and fishing with his dad. As a teenager he helped in the training of greyhounds which he enjoyed, and often walked his uncle Larry’s greyhounds onto the Dundalk track.

Noel came from a musical family who all enjoyed singing and it was a gift that passed on to him. It led to him joining The Young Vikings showband with friends. He travelled with the band all across the country to perform. He later also performed with the Toronto showband.

For something like a decade he was involved in the showband scene, and a tribute was paid to him recently on Dundalk FM presented by Paddy McEneaney in which former band members took part.

It was while touring that he met his former wife Linda, and resulted in the couple starting their own family.

Glasgow Celtic was central to his life, supporting the Scottish club from a young age and his fervour never waned attending many matches where he met what became lifelong friends. He was known for his ardent support.

Another great love of Noel’s was Saint Nicholas church choir of which he was a member for approximately 30 years. He played an active role in the church where he also was a reader at Sunday Masses, and took great pride in his singing and reading at Masses.

His working career entailed a spell where he was employed in the former Ecco electronics plant where he spent a decade prior to his retirement in 1980.

He enjoyed a simple life, exemplified in his later years by his love to go out for daily spins on his bicycle. He wouldn’t pass one person without uttering his friendly greeting: “Hello my friend” accompanied by his usual cheery smile.

Noel experienced much personal sadness with the death of son Darren in infancy. His daughter Michelle was only 37 when she also passed away. He was also predeceased by parents, Edward and Molly and sister Deirdre Curtis.

The regard in which Noel and his family were held was reflected in that Saint Nicholas Church was full to capacity for his funeral Mass, and mourners lined the full length on both sides of Bridge Street as his cortege passed.

He reposed at the residence of his daughter Frances, Farndreg Estate on the Wednesday and Thursday. He was removed then on the Friday via Oakland Park and Saint Nicholas Avenue to Saint Nicholas’.

The Readings were given by Paul Donnelly and Carol McKevitt.

The Prayers of the Faithful were led by Vinnie Dwyer, Lynn Donnelly, Caoimhe Crawley and Colleen Dwyer.

The Offertory gifts were presented at the altar by sisters, Marian and Noreen