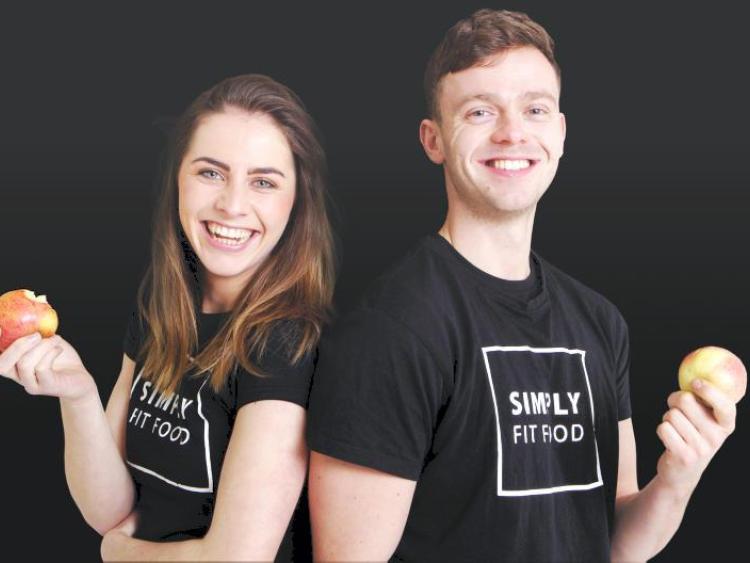 Simply Fit Food founders Evelyn Garland and Luke Judge have made a splash in Ireland and are looking to expand into the UK market.

Simply Fit Food is the start-up success that has begun and thrived in Co. Louth – but the sky is the limit for co-founders Evelyn Garland and Luke Judge.

They have the world in their sights. Just 18 months on from diving into the unknown with their new start-up venture, their company is in rude health.

Health, of course, is the name of the game. The online food ordering company has a simple aim – to help to make convenient, healthy eating the first option for people for those who want it – but might not have the time or the know-how to do it themselves.

The company provides customised nourishing, healthy meals and snacks – all delivered straight to their customers' doors – meaning that fast food doesn’t have to be junk food and there’s no excuse not to opt for the healthy option.

Based out of the North East Food Hub in Ardee Business Park, Simply Fit Food has enjoyed stellar growth since it first launched in the autumn of 2016. As well as their online business, they have signed deals to become the nutrition partners of Louth, Monaghan and Mayo inter-county GAA teams.

If you’re not online, you might have spotted them in your local shop too. They are stocked in a variety of local shops and butchers, including Locavore in Blackrock. Coming soon, they’ll be in SuperValu  nationwide too.

Speaking to the Dundalk Democrat, Evelyn Garland says this is just the start. "Looking at the bigger picture, I know where we want Simply Fit Food to go. We want it to go abroad, the UK market, potentially to Scandinavia, Australia.

"But for us to do that, we have to grow and nurture what we have here at the moment before we start thinking too big at the moment,” she said.

"We are an online business but we are slowly moving into retail. Our online business is working well for us. We’re 19 months in business, it’s still only early days for us. I think once you nail down your main business model – which is online selling – then you can take it to the next step.

Their online business is booming and few start-ups can boost the kind of national profile that Luke and Evelyn have built up over the last year-and-a-half. Whilst the duo are both steeped in sport and GAA especially, Simply Fit Food isn’t purely aimed at the modern day athlete.

"It would be split down the middle between people who are athletic and people who just want to convenient and healthy food," Evelyn says when asked about the make up of her customer base. "A lot of our customers are young parents, both mothers and fathers, who just don’t have time to cook for themselves because they’re working and looking after their children or just don’t have the capability.

"Young working professionals is another one. They’re recently just moved out of home and their Mammy isn’t cooking for them anymore and they’re more reliant on takeaways and fast food. Their health is suffering and they’re looking for an alternative."

That’s why the come to Simply Fit Food. From Fitness Plans, to Healthy Eating Plans and Weight Loss Plans, there’s a weekly food selection for everyone. All freshly made on site in Ardee and delivered nationwide. The Simply Lean Chicken Curry is a particular favourite and a menu staple.

"We try and update our menu every six weeks,” Evelyn says. "We like to keep it fresh. People are ordering online, if it’s the same menu every week for a year they’re going to get bored and they’re going to leave. You have to keep them happy really.
Chicken Curry has been on our menu since day one and the until the day I die, it will be!"

Every business has peaks and troughs - and especially new start-ups looking to establish themselves and find their place in the market, more the latter than the former. But Simply Fit Food are finding their place.

January, for example, is boom time for the company. "It’s like Christmas for us," Evelyn explains, citing the post-Christmas health and fitness explosion. But for any new business, marketing is key. When after just six months in business, Evelyn and Luke went on RTE’s Dragon’s Den last year, they received the kind of exposure that for most is impossible to come by.

"It was phenomenal," she recalls. “The week we appeared on it our sales tripled, and back then we were only open six months. For sales growth and awareness of the brand, it was great. Even now, people still say it to us. We didn’t have a marketing budget behind us because we were a start up and financially, we started Simply Fit Food off our own back.

"For us to appear on a prime time slot on TV that you know everybody sits down to watch, money couldn’t pay for it. You couldn’t but that sort of marketing."

While it was a bit to soon in terms of earning an investment from any of the Dragons, it was a vauable experience and the two twenty-somethings both remain good friends with locally-based Gavin Duffy. He has proved a reliable source of advice and a solid sounding board since.

Simply Fit Food have been no strangers to awards in the past 12 months either, regular winners at county, provincial and national level, with help from LEO Louth too. They’ve scooped just the five gongs so far.

That is just reward for all ther hard work and sacrifice that’s got them this far. For six months, Evelyn worked two jobs as Simply Fit Food was in its formative stages. Luke juggled two jobs for a whole year to keep the start-up a float.

"For the first year in particular, I don’t know how he did it, working two jobs,2 she adds. "In a couple of years, this could get massive for us. Being self employed opened up a whole new world for me. You need to have the drive and the ambition to see past the bad times, because no matter what anybody says - in a start-up or company, there’s going to be more bad times at the beginning than good.

"There’s so much grind and hard work that goes on. We know ourselves but it’s very hard to convey that to other people. That’s what keeps us going, the sheer determination."