Teresa Kerley was known as a woman with a big heart 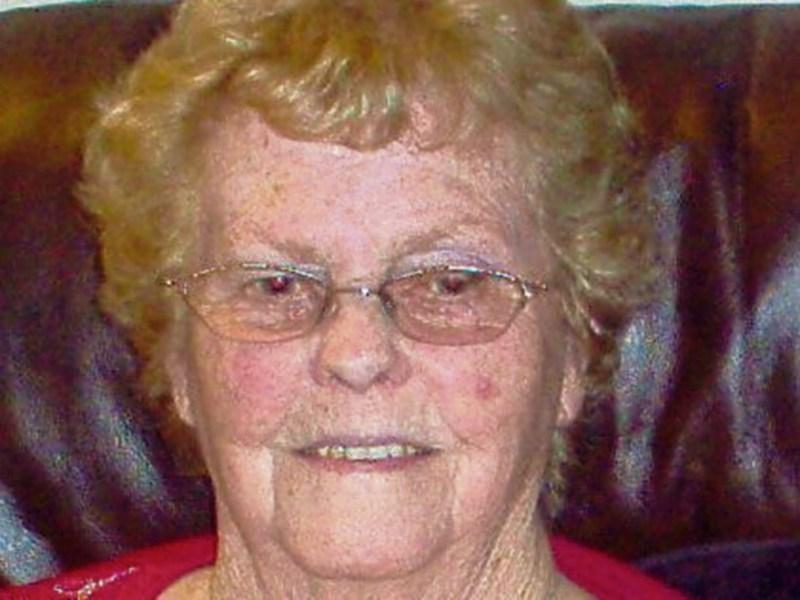 She devoted her time and energy to raising her family, and was a founder member of the Dundalk Parents and Friends of Saint Mary's Drumcar and was known as a woman with a big heart who brought fun and laughter everywhere she went.

Originally from Culhane Street, Teresa was predeceased by her parents, Nicholas and Bridget and her siblings, Eileen, Olive, May, Bridie, Mena and Brendan, as well as her husband, Ronnie and her daughter, Margaret McCann.

Teresa spent her early working life in Rawson's shoe factory where she met people who would become lifelong friends. She married Ronnie in Saint Nicholas' church in 1958 and gave up work to start her family, as Ronnie worked in PJ Carrolls.

Blessed with six children she devoted her time and energy to raising her family, the youngest of whom, Brendan, would have a profound effect on the path her life was to take.

Brendan attended school in Saint Mary's Drumcar and finding that there wasn't much support for parents outside of school hours Teresa with Ronnie and other parents formed "The Dundalk Parents and Friends of Saint Mary's Drumcar". She even talked Ronnie into being the first Chairman.

They devoted their spare time to raising funds through collections, draws and dinner dances, as well as visiting new parents and supporting older parents. Despite losing Ronnie suddenly in 1980, Teresa continued to devote her time and energies to raising funds and helping parents throughout her life and the tributes paid to her by people who visited the family during the wake will be cherished forever by her children.

The Christian Brothers School Committee was another important group in Teresa's life and another group who availed of her fund-raising skills. “A woman with a big heart who you couldn't say no to " was a quote heard more than once during Teresa's wake.

With her family raised, Teresa and Brendan became inseparable and where you saw one you saw the other. They were well known “up the town” as they did their errands and were always ready for a chat with whoever they met.

Teresa loved to travel and would take an annual vacation with her family and in later years with Brendan and her own special friends. The first thing she looked forward to every year though was her annual trip to Lourdes with the Armagh Diocese, a trip she and Brendan took nearly 40 times.

She had a lifelong devotion to Our Lady, Saint Bernadette and more locally Saint Brigid. A kind and caring woman she loved life and brought fun and laughter everywhere she went, and into every group with which she was involved. She was always ready for a "cuppa" tea and a chat whether home or away.

She went to Rome with the Christian Brothers for the canonisation of Edmund Rice and on another trip to Rome with the Brothers of Drumcar, she met and shook hands with Pope John Paul II, a photograph of which hangs with pride in her home.

Although she had Alzheimer’s in recent years, Teresa enjoyed her day care in the Birches and her respite weeks in Saint Oliver’s Hospital for as long as she could.

She is survived by her children, Pat, Joe, Teresa, Michael and Brendan and her daughters in law, Ann and Sarah and sons in law, Aidan and Collie. She is also survived by her grandchildren, Gavin, Elaine, Brian and Niamh and her great grandchild, Emily as well as her sister, Rita, nephews, nieces and extended family.

After reposing at home, Teresa's funeral Mass took place in Saint Patrick's Cathedral and was celebrated by Fr. Brian Slater.

Gifts symbolising Teresa's life were presented at the altar by son Brendan, niece Angela, and family friends Gina and Krisztina.

Readings were given by niece Bernadette and great niece Laura, while Prayers of the Faithful were led by grandchildren Elaine and Brian, niece Siobhan and great niece Aisling.

Offertory gifts were brought to the altar by son Pat and daughter in law Ann.

A reflection was also read by granddaughter Niamh.