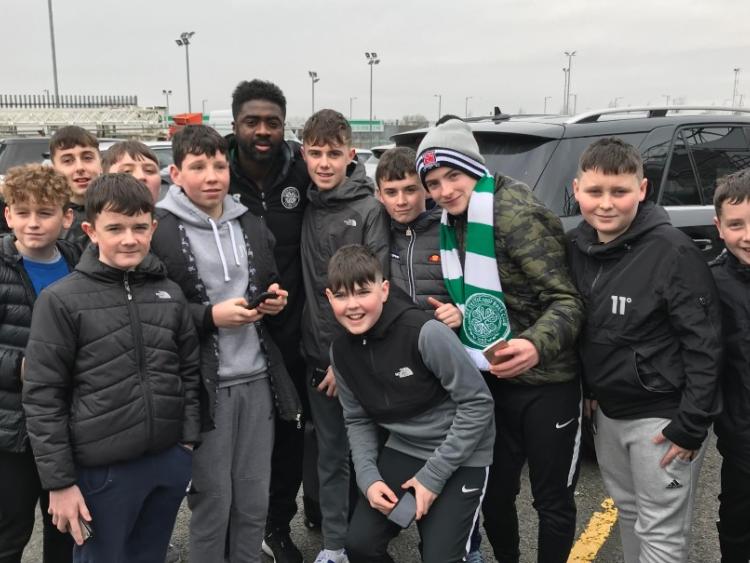 Students from St Marys College Dundalk enjoyed a trip to Paradise during the February mid-term break, as they took in the sights and sounds of Glasgow and met some stars from Glasgow Celtic FC.

After some retail therapy in Glasgow’s modern INTU Shopping Centre, the students capped off their first day with a competitive game of ten–pin bowling and an evening in the ‘Soar’ adventure centre.

A day later, the students made the short hop from their lodgings to Celtic Park football ground, home of Brendan Rodgers' Scottish Premier League table toppers where they received a personal guided tour of the stadium. The group even followed onto the pitch in the footsteps of some of their heroes.

It was a poignant moment for the Marist students as they enjoyed learning about the history of the strong Marist connection and charitable foundations of Celtic. They learned how Brother Walfrid, a Marist Brother from Sligo, established the club in order to feed the starving Irish immigrants in the east end of Glasgow.

It was definitely a great source of pride for the young Marists. Yet the excitement was yet to peak as the tour finished with a meet and greet with the Celtic first team squad and the opportunity to pose for photographs with their heroes that will last a life-time with the pupils.

Among the stars that posed for selfies and gave autographs were Scott Sinclair, Kristoffer Ajer and two time Premier League winner Kolo Toure.

The tour was rounded off with a home fixture against St. Johnstone, but while the game ended in a scoreless draw, everyone enjoyed the incredible atmosphere. As they boarded the bus back to Dundalk, there was a sense of great fulfilment among the travelling students at the end of what was truly a memorable weekend.

Check out the Dundalk Democrat in shops on Tuesday March 13th for more photos from the trip.