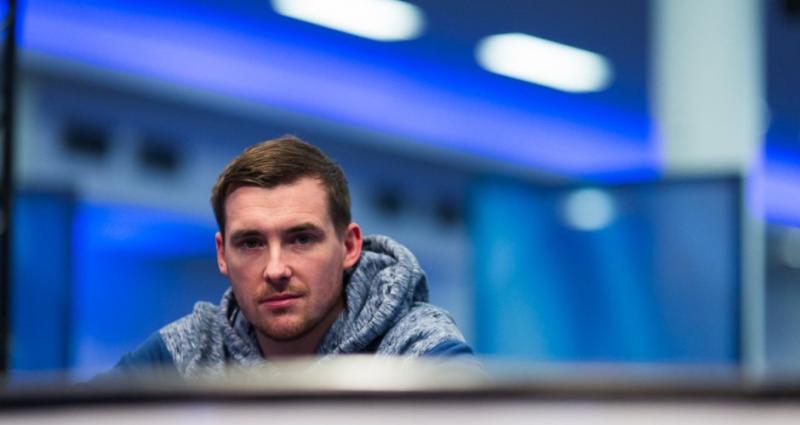 As we catch up with professional poker player Patrick Clarke, he’s busy readying himself for a trip to Rozvadov, Czech Republic (he would finish in fourth place on Wednesday, earning a staggering €69,000).

Fresh from claiming €33,050 at last week’s European Deepstack event at Dublin’s Bonnington Hotel, the Ardee man was hoping to do even better on his latest European jaunt (which he has).

His confidence is high right now – and why wouldn’t it be? Last week, he emerged through the first two days of the €570 buy-in event in Dublin ranked 36th out of the 39 remaining players.

By the end of play on the final table on Sunday evening, he had winnings of €33,050 and a major trophy to bring back home. It was the latest big success on what’s been a whirlwind four years on the professional circuit for the man his friends call ‘Clicki’.

Since taking up poker professionally, Clarke has been one of the standout performers on the national and continental circuit. Arguably, no one has caught the eye quite as much as the Ardee man.

Bursting onto the scene as the winner of the 2014 Paddy Power Irish Poker Open, Clarke qualified for the main tournament by winning a satellite competition online. He paid just €4 for entry and came away with €250,000 in winnings.

That win, coming shortly after being laid off from his job at a local metal fabricator, changed his life. He admits he will probably never spend a better €4 in his life.

“It might never happen again. It was unreal,” Clarke tells the Dundalk Democrat. “No one would have expected it, no one knew who I was. Any festival I go to now, I’m pretty well known and I’d get a bit of recognition.”

“It (a shock win) just doesn’t happen in the bigger tournaments. I would have been virtually unknown at the time.”

While he may have had the element of surprise in his first big win four years ago, his notoriety on the circuit hasn’t stopped him from achieving more notable wins since.

He claimed €194,000 after earning a fourth place finish at the Dublin leg of the European Poker Tour in 2016. He cashed out with an excess of €30,000 from a trip to Las Vegas last year and now has added another big win much closer to home.

But while the eye-catching sums of prize-money grab the attention, Clarke says he is just as intent to win tournaments outright.

“Any time you play a tournament, you want to win. Even though the last few tournaments I’ve played, I’ve got more money – you feel a bit better when you actually win and get the title,” he said. “Getting the title is what it’s all about, being able to bring it home.”

For all the riches available to the very best, money isn’t all to Clarke. The World Series of Poker bracelet – considered the most coveted non-monetary prize in the game, is something the 29-year-old has his eyes firmly set on.

“The bracelet is like a World Cup medal to a football player,” he explains. “They have 50 events in Las Vegas over the summer and every winner will get one. There’s guys in the world who have accumulated several bracelets. They would be regarded as the best in the world.”

Clarke will be in the City of Lights this summer where he’ll be playing in a host of tournaments in a hectic six-week end to the poker season.

Playing for these high stakes is a far cry from how it all started for Patrick, as far back as 2009 when he started playing with friends at the weekend. That progressed to competing in pub games. Carrickmacross was as far as he’d travel. He’d win money too, but Las Vegas, Europe and the associated riches were a world away.

“At the time, I was making money from poker but I was just playing in pub games. Carrickmacross was probably as far as I’d go and I’d make a few hundred quid. I’d play online in a few tournaments.”

The decision to enter the Irish Poker Open in 2014 wasn’t a speculative one, but something he had been thinking about for a while as he proved the best on the local scene. The prospect of putting his skills to the test to win some money would only help after he lost his job.

“I seen this tournament with the Irish Poker Open coming up. I wanted to play a proper tournament with proper money. It was in my mind to do it. I was just actually laid off about six months before that so I started playing poker a little bit more.”

It was after the Irish Open that I decided to go pro because obviously I won a bit of money. I didn’t have to work really. I didn’t go straight away to play other tournaments because I knew I had to learn. I even got a bit of coaching,” he continued.

“I spent my time studying up on the game, learning, doing what I had to do. When the time was right, I went for it.”
With around €600,000 in winnings accumulated in four years, Clarke also helped his country to Nations Cup success late last year. He and his teammates will reconvene again this year to head off to Mexico for to compete in the Americas Cup of Poker.

He likes the freedom being a professional poker player brings with it. “I love it, he says. “I like the fact it gives you the freedom. I can decide not to do anything or decide to go out to Austria for a tournament.”

Clarke says from humble beginning his interest and involvement in poker “snowballed”. It’s all a far cry from the dole queue. “You have to start somewhere,” he concludes. The sky is the limit, and it’s where he could go now which is of much more interest.