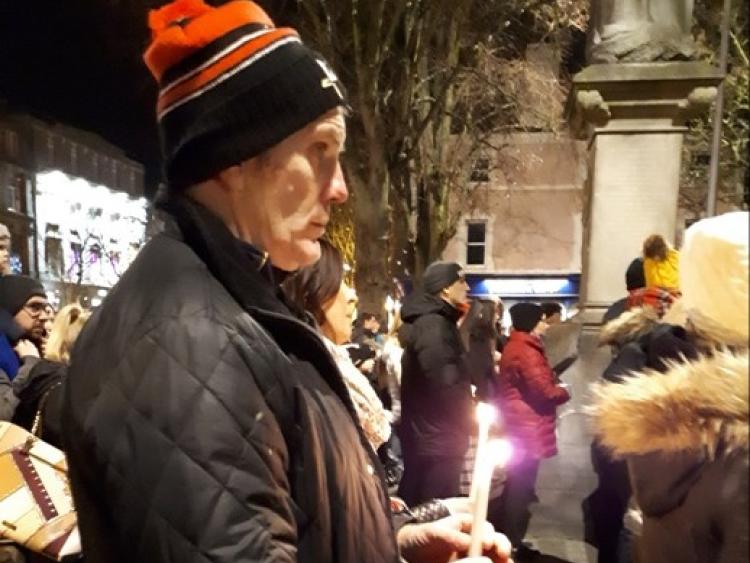 The candle-lit vigil held in Dundalk for Yosuke Sasaki

THERE were emotional scenes at the candle-lit vigil held in Dundalk tonight for the Japanese man who was killed last week.

The vigil, which was held opposite the Maid of Éireann statue in the town centre, was attended by a large crowd of people.

Many people in the crowd were tearful and visibly grief-stricken at the event which was organised for 24-year-old Yosuke Sasaki.

The vigil, which was organised by Dundalk Municipal District, began at 7pm and ended just after 7.30pm.

Cllr John McGahon spoke at the event, then Choon Mon Lee, a friend of Mr Sasaki played a Japanese piece on piano accompanied by Heather Oakes on violin.

After Rev Captain Geoffrey Walmsley, Church Of Ireland finished speaking, Fabio Tereinto representing the staff of National Pen, recited a poem entitled 'They say there is a reason'.