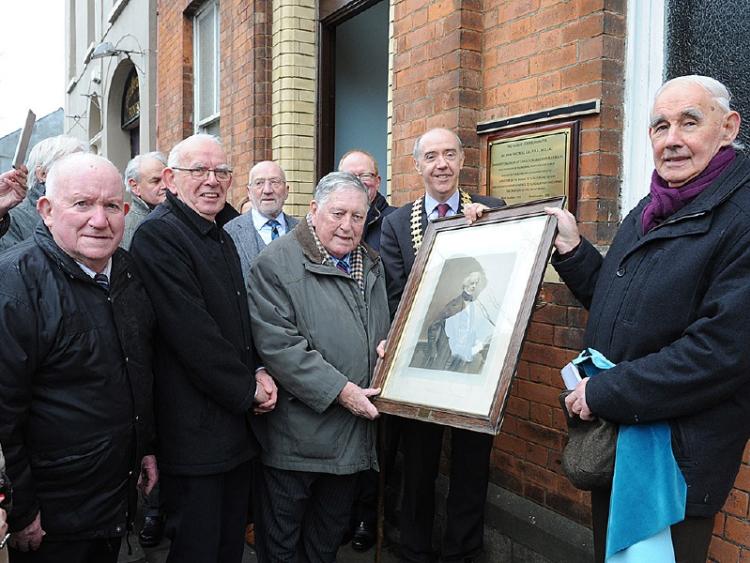 About three to four miles north of Dundalk Railway Station, on the main line to Belfast, there used to be a small railway halt at Claret Rock, just south of the Armagh Border.

This small halt had its own station house and a signal cabin and was in use at busy times up until fifty years ago but nobody now seems to be certain why it was put there in the first place. There is a tradition in the area that it was for the exclusive use by Sir John Macneill of Mountpleasent when he was engaged in building the Boyne Rail Viaduct at Drogheda in the 1850s.

However, a paragraph which appeared in a souvenir brochure produced by the Railway Preservation Society of Ireland on the occasion of the Dalriada Railtour between Dublin and Belfast of about ten years ago seems to cast doubt on this belief.

The brochure, which appears to have been written by a railway historian called Mervyn Darragh, describes various places along the line between Connolly Station in Dublin and the Great Victoria Street Station in Belfast. After Dundalk Clarke it states

'Mountpleasent was a one-platform station on the Up side (the line which usually carries the traffic towards Dublin). It opened in 1850 as “Plaster”, was renamed Mount Pleasant and Jonesborough” in 1851 and simply “Mount Pleasant” in 1855 (the year the Boyne Viaduct came into use). It closed in 1865 but later reopened as “Mountpleasent” before closing again in 1887.

Some sources have it that the station was to oblige Sir John Macneill but its workings have remained a mystery since it only had one platform. It used to have a siding on the Down (to Belfast) side. The signal remained as a block post until the late 1960s but the area is now totally cleared and is marked only by two accommodation gates at its northern end.'

The term 'Block Post' means that the signal cabin there operated railway changing points in the area as did the cabin just across the Border at Adavoyle, four miles further to the north. The Block Posts were required to shunt slower goods trains into sidings when the faster passenger trains were passing.

The idea than the little station was built for Macneill is given credence by a story I heard from Peadar Roe, a director of the old R. J. Roe company that owned the 'Democrat' in Earl Street when I stated work there. Mr. Roe, who was a son of the Second Editor of the newspaper Thomas Roe.

He had been born in 1879, the year before Sir John Macneill died, and went to live in Ravensdale after he got married in 1919. He said that the old people of Ravensdale had described to him watching Sir John being driven in an open coach, drawn by two horses and having two liveried coachmen, passing on his way in the morning from Mountpleasent House to the little railway halt a few miles away.

Another explanation for the building of the halt that it was a stopping place where rich hunters, their dogs and, possibly even horses, would alight to look for game in the hills of South Armagh. Proof of this story might be taken from the fact that people to this day call the area 'Sportsman's Hall' and that some say that correct name was probably 'Sportsman's Halt'.