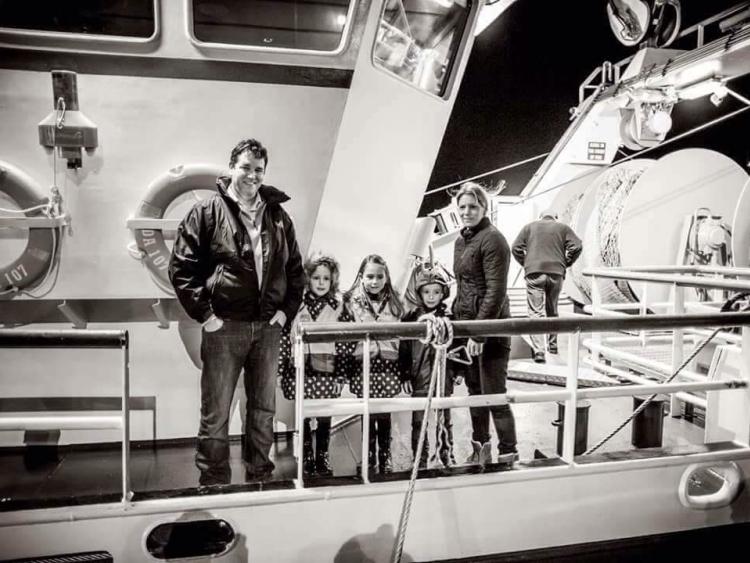 Niall and Emer Connolly, Clogherhead with their three children - twins Sarah and Aoife (10) and Darragh (8)

CLOGHERHEAD Port and the local fishing economy in County Louth is set to benefit from new fish quotas, according to Louth Fine Gael TD Fergus O'Dowd.

Mr O'Dowd said that his colleague the Minister for Agriculture Michael Creed TD has informed him that he has secured new fish quotas that will greatly benefit Clogherhead Port and the local fishing economy in County Louth and the North East.

"Minister Creed secured a 15% increase in the prawn quota which will amount to over €10.6m directly to the Irish fleet, which is the biggest single increase in over a decade, further increases were gained in Cod and Haddock quotas," he said.

Mr O'Dowd added: "Recovery of cod stocks in the Irish sea has seen the cod quota trebling, the Irish Sea haddock quota has also increased by 55%.

"These stocks will be vitally important for the ports of Clogherhead and the many local fishing families that rely on these markets. We have seen a 64% increase in the Irish Sea Whitefish stocks compared to five years ago when they were depleted."

"A total of €152m in whitefish quotas were secured for the Irish fishing fleet which will amount to an 8% increase in value from last year and a 3% increase in volume."

Mr O'Dowd said: "A very difficult proposal concerned our recreational sea bass fishery where the Commission had sought a complete ban on angling for six months of the year, this would have been an absolute disaster for the angling sector at a time when we are trying and succeeding in capitalising on our country's Angling Tourist global appeal.

"Minister Creed successfully argued for an all year round ‘catch and release’ fishery that would not endanger the stock while protecting this vital tourism resource it provides."

"Unfortunately we have seen a cut in Herring quotas in relation to the plan prepared by the Irish fishing sector which requires a 30% cut in 2018. This plan is precautionary and the cut is required to rebuild the stock after a period of decline since 2015."