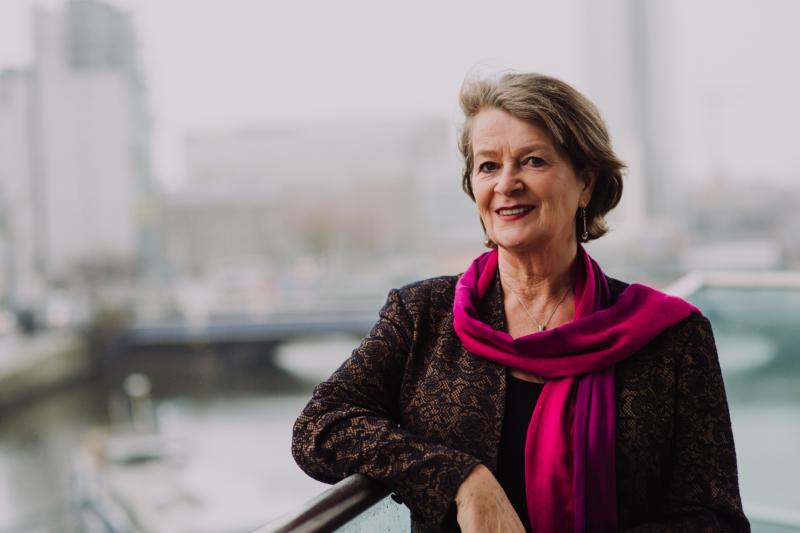 Pádraigín, who now lives in South Armagh, was thrilled to be awarded the 2018 Special Contribution Award as part of TG4’s traditional Irish music Awards, Gradam Ceoil.

Regarded by many as the Oscars of Irish music, the Gradam Ceoil Award ceremony will be coming to Belfast next year for the first time in its 21-year history.

Born in Co. Louth, the multi-talented scholar, composer and performer now lives in Mullaghbawn, Armagh and has made many wide-ranging contributions to the traditional Irish music scene.

On winning the award, Pádraigín Ní Uallacháin said: "I am absolutely delighted with this TG4 award for Special Contribution to Traditional Music.

“I have spent most of my professional life, as a musician, researching, renewing and recording the music of south Armagh and Louth, so I see the award as a national acclamation for the work that I have done.

“I am also delighted that it reinforces Oriel as one of the richest areas in Ireland for instrumental music and song in Irish.”

Throughout her music career, Pádraigín has recorded nine albums of traditional Irish songs, children’s songs, lullabies and her own acclaimed compositions. She is also an accomplished broadcaster and singer in residence at Queen’s University Belfast.

Most recently, she established the Oriel Arts website (www.orielarts.com), which represents music from the ancient Irish kingdom that covered parts of counties Armagh and Louth.

The website celebrates the contribution made by local Oriel singers, musicians, and poets to Traditional Irish music.

The ceremony and concert will take place on Sunday 4th 2018 in the Belfast Waterfront and will also be broadcast live on TG4.

Pádraigín will be presented with her award at the TG4 Gradam Ceoil concert and awards ceremony on Sunday 4th February 2018 in the Belfast Waterfront.