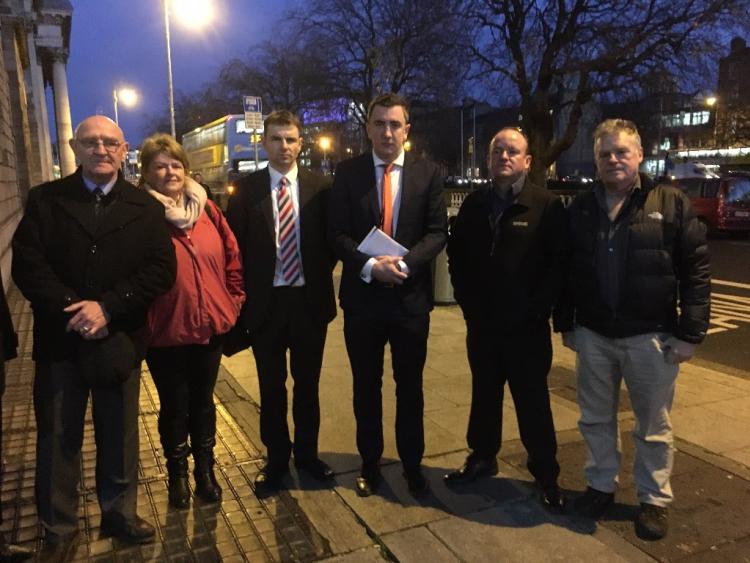 Sinn Féin Louth TD Gerry Adams has expressed his “deep disappointment” at the decision of the High Court on Friday in Dublin which ruled against the family of Louth man Seamus Ludlow who was killed as a result of collusion between unionist paramilitaries and British state forces in the North in 1976.

In January of this year, the family of Seamus Ludlow began a hearing in the High Court in Dublin against the Minister for Justice to implement the Joint Committee of the Oireachtas call for two commissions of investigations into the murder of Seamus Ludlow's outside Dundalk in 1976.

In 2006, the Barron report confirmed that Gardaí knew who killed Seamus Ludlow in 1979 when the RUC confirmed this was carried out by Northern Loyalists, some of which were suspected of being state informers with links to RUC Special Branch.

The Final Report was critical of the treatment of the Ludlow family, Gardaí conduct, missing documents and possible collusion by the UK state. Arising from these concerns, the Justice Committee found at paragraph 197 of the Final Report that:

"...a further inquiry is essential in order to ensure justice is both done and seen to be done. It is also necessary to address the potential damage to the rule of law that would occur if the investigation into the murder of any citizen of the State is not treated in a thorough and professional manner as is the right of every citizen."

Following Friday’s decision, Deputy Adams had this to say:

“I want to commend the courage and perseverance of the Ludlow family who have campaigned for over 40 years for the truth about the murder of Seamus in 1976. The family are understandably upset and frustrated by today’s judgement.

“It is widely acknowledged, including by Ms Justice Faherty today, that the family were treated appalling by the state and especially by the failure of An Garda Síochána to follow up on information available to them.

“The family will now discuss the outcome of today’s hearing with their legal team before deciding whether to appeal to judgement.

Louth Sinn Féin Councillor Ruairí Ó Murchú was with the family in court on Friday. Speaking after the case concluded, he said:

“The family of Seamus Ludlow are determined to continue with their campaign to seek the truth about his murder. Sinn Féin will continue to support them.”