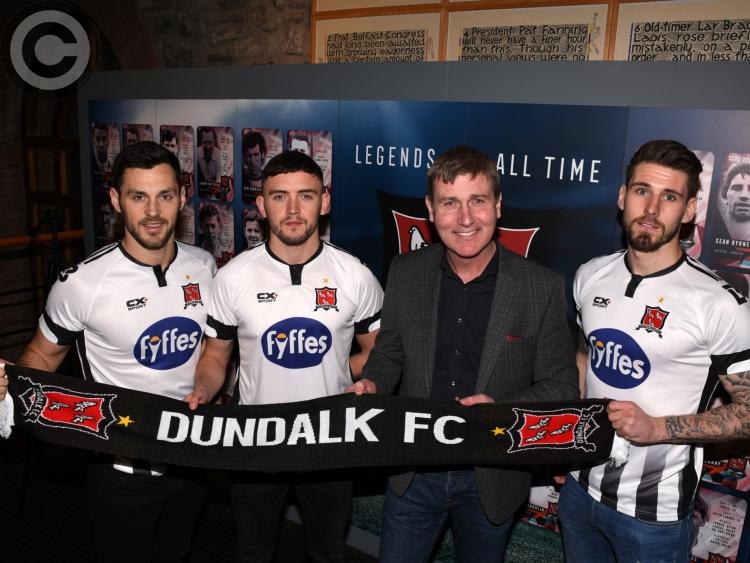 Dundalk FC have announced the captures of Patrick Hoban, Stephen Folan and Dean Jarvis for the 2018 season.

Perhaps the most notable addition of the Stephen Kenny era, Hoban returns to Oriel Park three-years since leaving to join Oxford United.

Hoban hit 34 league goals in 60 games during his two-season stint with the Lilywhites (2013-14), finishing as the league's top-scorer in the title-winning season of '14. His move to England wasn't as successful as he would have hoped with injury hampering his progress.

Loan moves away from Oxford, to Stevenage and Grimsby saw him win a Conference play-off medal at Wembley with the latter.

He was released at the end of his contract with Oxford in the summer of 2016, where he linked up with Mansfield Town.

Linked with a return to Oriel Park during the summer following his release from Mansfield, injury again hindered Hoban whose second coming at the club looks poised to be as a replacement for David McMillan.

Jarvis has made over 100 appearances for Derry City since joining the club from Institute in 2013. He was previously on the books of Aberdeen and has been capped by Northern Ireland at U16, U17, U19 and U21 level. He will compete for the left-back slot with Dane Massey following Shane Grimes' departure from Dundalk earlier in the week.

The third signing, central defender Folan, has pedigree having been with Newcastle United as a youngster. He was a standout performer in the Galway United side relegated at the end of last season.