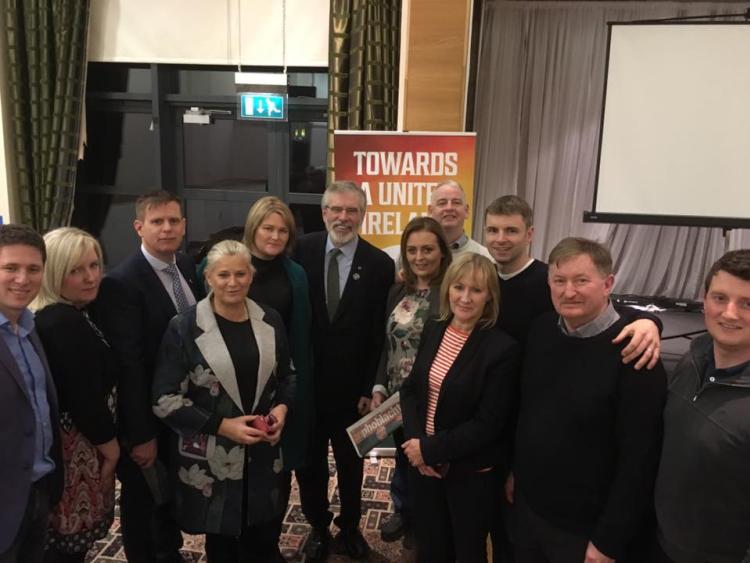 Louth SF Councillor Rúairí Ó Murchú told The Dundalk Democrat that the mood was “upbeat” and that it was an “enjoyable” event.

“He (Adams) spent a lot of time thanking people. He also spoke about how he has been a lifelong activist and is still focused on a united Ireland,” said Cllr Ó Murchú.

Mr Adams arrived at the meeting around 8pm after attending the opening of O'Hanlon Park Boxing Club.

“It was said that Paddy Agnew was the only Louth TD to have been elected without having to knock on doors.”

Cllr Ó Murchú said that there was no discussion about who is likely to seek nomination as the party's next general election candidate for Louth following Mr Adams' decision not to run again.

“We had a meeting at the end of the evening related to Louth County Council's budget,” he said.

“No timeline has been set for choosing a successor but a week is a long time in politics so I'm sure it will happen fairly quickly when people declare their intentions.”

After Mr Adams finished speaking Liam Lappin played a song called 'Something Inside So Strong' by British singer-songwriter Labi Siffre.