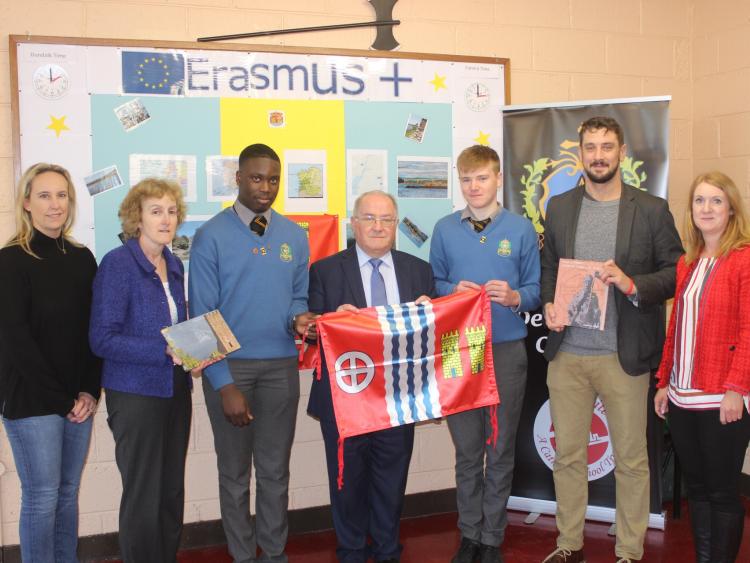 The De La Salle College is taking part in an Erasmus+ project in partnership with El Progreso Secondary School in Galicia, Spain.

The programme, which is fully funded by the EU, involves all Transition Year students and aims to educate them on the cultural and historical links between the regions.

The project aims to expose students to various similarities and differences between the two regions. There is an emphasis on peace building, active citizenship, and historical and cultural links.

Similarities between the Irish language and the local dialect of Galician will also be explored. At the end of each month students will participate in a Skype call with their Galician counterparts.

These calls will allow students to discuss what they have learned in the previous month. It is also an opportunity for students of Spanish to practice their language skills and develop peer-to-peer relationship building skills.

At the end of each academic year De La Salle students plan to travel to Galicia and Spanish students will pay a return visit to Dundalk.

"The point of the exchange is to immerse students in another countries culture. This will allow them to experience first hand the similarities and differences they have explored in the classroom throughout the year," said a De La Salle spokesperson.

"This is a massive opportunity for students to enhance their language and relationship building skills while also being immersed in the culture and customs of another European region."

The spokesperson added: "The school believes that this is an important opportunity which will encourage students to appreciate the value of shared identities across Europe.

"It is also hoped that the project will encourage students to broaden their future horizons and be the catalyst for further studies and experiences abroad.

"In the uncertain times of Brexit, we also feel that we have the responsibility of nurturing a European identity as well as an Irish identity within our school community."