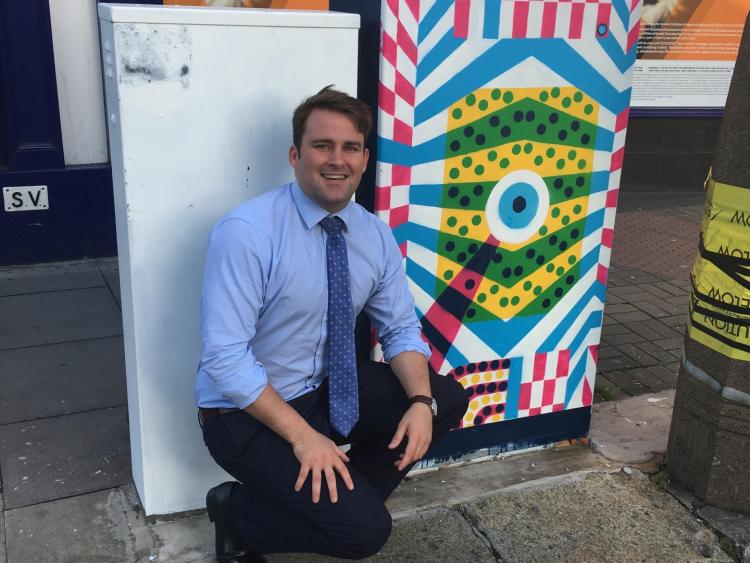 Councillor McGahon agreed to donate €1,000 of his own municipal discretionary fund to ensure the project could be launched as a pilot project in Dundalk before being rolled out to the rest of Louth.

Cllr McGahon had spoken with local Artist Colin O'Neill who has originally suggested the concept and both men has progressed the issue alongside Brian Harten from the Arts Office.

“Given that these boxes are positioned at traffic junctions, they are highly visible and are perfectly located to exhibit art to pedestrians, cyclists and motorists."

Cllr McGahon added: "Dublin City Council has introduced strict guidelines for the artwork that may appear on the box. Artwork will be selected based on its creativity, relevance to the area and the artist’s ability to adhere to the project’s guidelines.

“This is a simple and achievable project that will brighten up the landscape of County Louth. It has been incredibly successful in Dublin and I firmly believe we should replicate this in Dundalk.

"I was delighted to receive such widespread support during the debate from my fellow Councillors and indeed, my Council colleague from Drogheda, Councillor Richie Culhane, agreed to also donate money to get this project off the ground in the south of the County.

“In the coming weeks I’ll be working with Louth County Council’s Art Office, Brian Harten, and engineering staff in the Council to identify suitable traffic light control boxes. Hopefully we can have this project up and running early next year.”