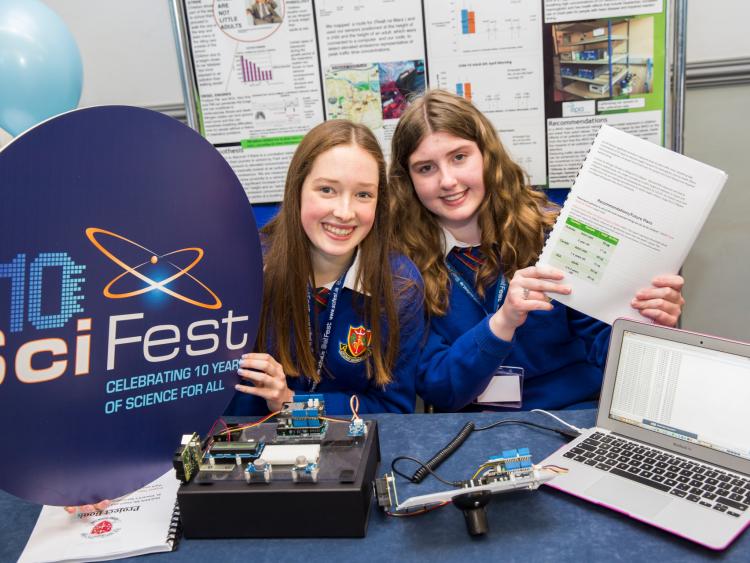 TWO Dundalk secondary school students won an Excellence in STEM award for their project 'Park and Stride - The Hidden Hazards' at SciFest 2017.

'Park and Stride - The Hidden Hazards' used sensors to examine the emissions levels that children are exposed to in schools at the centre of Dundalk at peak times due to passing traffic.

The results of the project show that on average, children are exposed to greater emission levels than adults.

Dr Ruth Freeman, Director of Strategy and Communications at Science Foundation Ireland, presented Dearbhla and Ruth with their prize – the Excellence in STEM Award.

Dearbhla and Ruth secured their place at the national final after their success at the SciFest regional final in Dundalk Institute of Technology.

This year marks the tenth anniversary of SciFest and saw a record number of over 10,000 students participating in local and regional SciFest STEM fairs across the country.

Dearbhla and Ruth were among 42 students who went on to exhibit their 26 STEM projects at the national final.