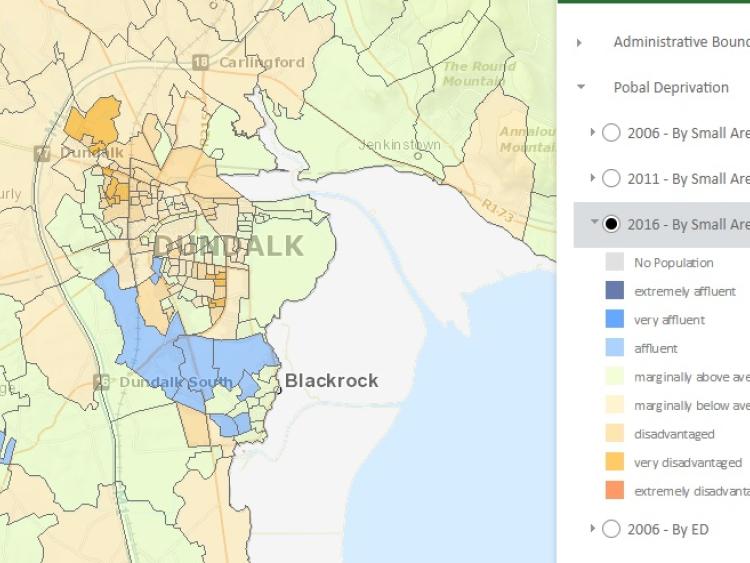 The Pobal Deprivation Index for 2016 has been released and it shows that parts of Dundalk remain “very disadvantaged”, while others have remained and continue to become more affluent.

The report shows that Castletown is described as a very disadvantaged area with a Pobal HP index of -20.53 for 2016.

At the other end of the spectrum for Dundalk, the Priorland Gardens and Mourne View area, located within the electoral district, Dundalk Urban No. 3 has a Pobal HP index of 10.26 for 2016, and is described as an affluent area.

Other areas of Dundalk that are reported as being very disadvantaged include Oakland and Aisling Park, Doolargy Avenue and Sliabh Foy Park.

Areas south of Dundalk including Mullagharlin and Haggardstown are reported as being affluent with Pobal HP indices of 14.78 and 11.55 respectively.

Overall, Dundalk and County Louth is reported by Pobal as being marginally below average with a Pobal HP index for 2016 of -2.96.

For all the details on Louth and the smaller areas in the county, go here