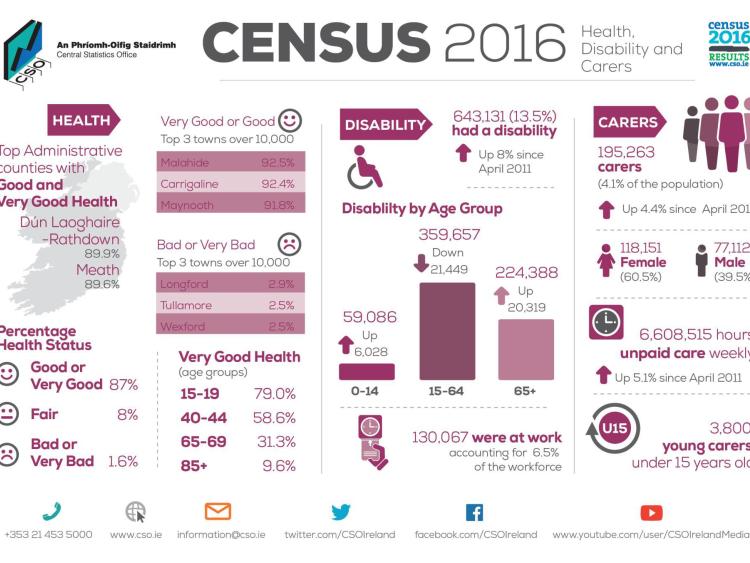 THE number of children under 15 in Louth who are carers has jumped from 113 in 2016, compared to 95 in 2011, according to the latest report from the Central Statistics Office (CSO).

The Census 2016 Profile 9 – Health, Disability and Carers report reveals that carers provided 179,081 hours of care per week, an average of 38.5 hours per carer per week.

The majority of Louth residents rate themselves as being in “very good” or “good health” with 75,029 people (58.2%) stating that their health was “very good”.

The report shows that 36,279 people (28.1%) living in the county in the same period stated that their health was “good”.

The report reveals that a greater number of women in the county are disabled compared to men. In Census 2016, the 17,881 people with at least one disability made up 13.9% of the county’s population, compared with 13.5% at national level.