The ceremony was held this morning 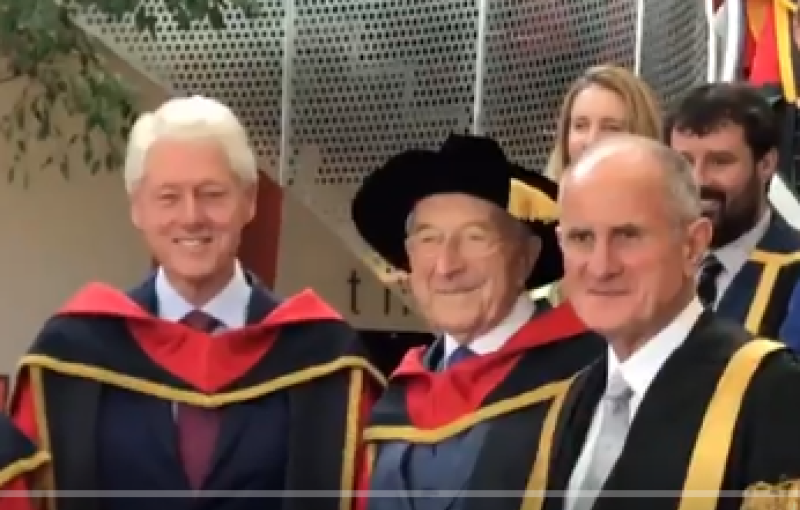 Former US president Bill Clinton is being conferred with an honorary doctorate at Dublin City University for his contribution to peace and reconciliation on the island of Ireland.

Sr Stanislaus Kennedy and the founder of Glen Diplex, Martin Naughton, are also being honoured at this morning's ceremony.

During Mr Clinton's eight years in the White House up to 2001, the IRA declared a ceasefire and the Good Friday Agreement was signed in Belfast.

He and his wife, Hillary, are deeply committed to the peace process.

He shares the stage with Sr Stan, who has challenged social inequality, particularly the area of homelessness, throughout her life.

Mr Naughton and his wife Carmel have a track record of donating to good causes, as well as building one of the world's largest manufacturing companies.