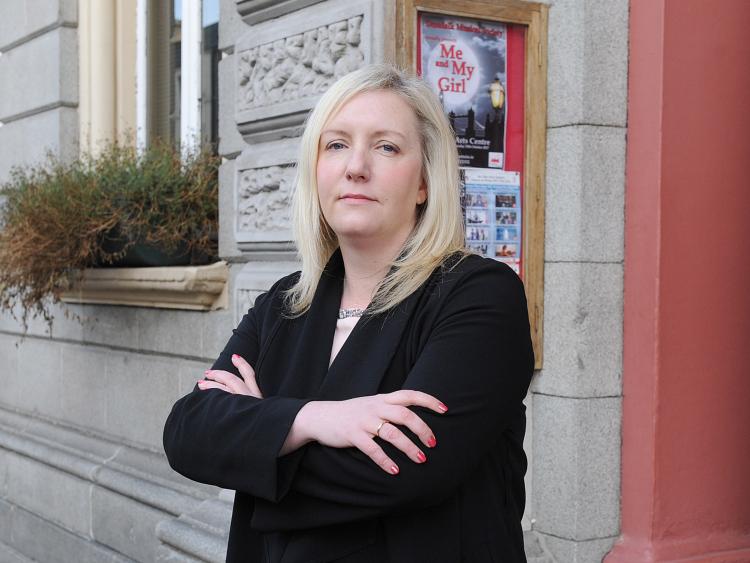 For the past few weeks, Anne has been getting stuck into her latest role as Sinn Féin Louth County Councillor for Dundalk South.

“I like helping people; my new job means I'm able to ask questions on behalf of constituents and highlight important issues such as housing,” said Anne.

The 40-year-old from the Dublin Road lives with her husband, Laurence, and their two children, Cillian, aged nine, and Connla, aged seven.

Originally from Coalisland, Co Tyrone, Anne moved with her family to Ravensdale when she was just ten years old.

She is the eldest of six children. Her mother, Mary, was a secondary school teacher and her father, Pat, worked in engineering.

The couple later set up a mushroom business in Jonesborough, Co Armagh. From the age of 12, Anne helped out by working for the family business during school holidays.

“I attended St Louis Secondary School and had an a great experience there. I really enjoyed English and history and had super teachers,” she said.

“My parents were never involved in politics but it was always discussed around the dinner table. They allowed a great expression of views.”

When Anne left secondary school she went to Paris where she worked as an au pair for a year. She returned to Dundalk in 1996 and was told by her mother that she had to get a job.

“There was a strong work ethic instilled in us; we weren't allowed to lie around during the summer,” she said.

“I saw an ad in the paper for a job as a waitress in The Hotel Imperial and decided to apply for it. I was on my way to hand in my CV when I decided to call into The Dundalk Democrat.”

“I didn't know anyone there but I met with the then editor Peter Kavanagh and he asked me if I was any good at English in school.”

Anne added: “The following week I started working as a news reporter for The Dundalk Democrat. I loved it but it was only for the summer months.”

After Anne's stint in The Dundalk Democrat she decided to move to Belfast where she worked in the civil service and British Telecom for three years.

In 1999 Anne decided to study journalism at the Belfast Institute. She was half way through the course when she received a call from The Dundalk Democrat.

“I was offered a full-time position as a news reporter and accepted it. I worked for the paper until 2004,” she said.

After The Dundalk Democrat, Anne took up a position as a news reporter for the Irish Star on Sunday for a year.

She left the Irish Star on Sunday to take on the challenge of being a news editor at a start-up newspaper, The Daily Ireland.

The paper, which covered stories from an Irish Republican viewpoint, existed from January 2005 to September 2006.

“It was a super team. Some of them went on to do incredible things and are still active in journalism,” said Anne.

After The Daily Ireland folded Anne landed a job in the Irish Daily Star and commuted daily to Dublin from her home in Louth.

In 2006, an opportunity arose at The Argus to become a staff reporter so Anne jumped at the chance to work locally.

“I spent 11 years at The Argus and had a great time there. It was an amazing place to work; I've made lifelong friends,” she said.

Anne decided to make the switch to local politics when Louth County Councillors Kevin Meenan and Jennifer Green stepped down.

“When I heard the news, the thought crossed my mind. I talked to a couple of friends in the party and had a meeting with the higher-ups in Sinn Féin,” she said.

“After that meeting, I decided to join the party and handed in my notice at The Argus on August 9. I finished up on September 15 and a few days later had my first meeting as a county councillor.”

Anne will now hold her seat until May 2019 when she will have to run for election. She is planning to work hard to improve the housing crisis situation in Co Louth.