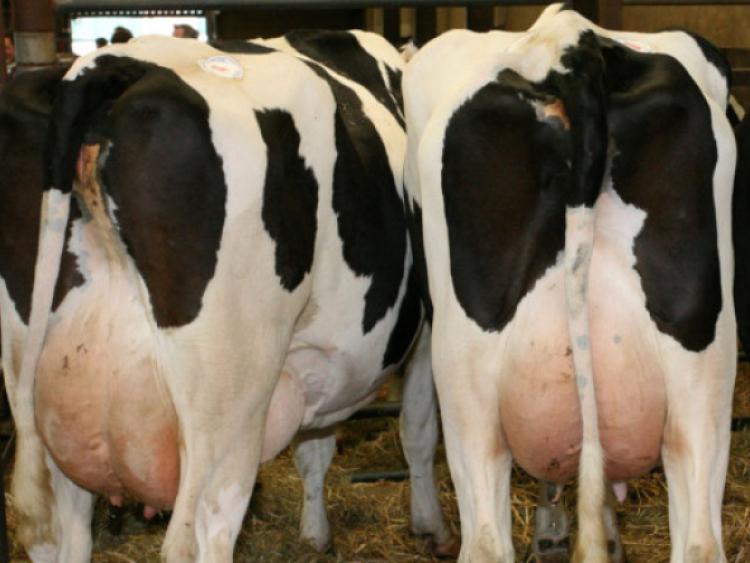 Louth IFA call for increase for farmers for their September milk

Louth IFA Dairy Committee Chairman Nicholas Cooney, has said that the announced 3 points jump in the Ornua PPI to 114.3 points, equivalent to 34.7cpl including VAT, shows that Irish trading contracts are catching up with the stronger September butterfat and cheese in EU MMO and spot price reports.

In the latest Louth IFA press release, it explains that latest EU average returns remained strong to end September at around 41c/l.

After a 5c/l processing cost is deducted, this would suggest a price equivalent of 36c/l + VAT, and as other European dairy farmers were continuing to receive increasing milk prices into October, it was well justified for Irish producers to expect at least 1c/l on September milk.

“Friesland Campina will pay suppliers an extra 1.25c/kg for October, or a milk price equivalent to 37.65c/l at the Irish 3.3% protein and 3.6% butterfat standard.

"Arla too have increased their October milk price by 1c/kg, which for their UK producers will translate into 1.5ppl increase to 32.3ppl.

"Also in the UK, First Milk have also flagged an October milk price increase of 1 to 1.1ppl,” Mr Cooney said.

"New Zealand is experiencing a very wet spring, which has resulted in a 1.56% decrease in August supplies (Fonterra collections were down 2.5%), a trend which has persisted into September, and which could damage their mid-October peak.

"While the US milk output is growing slightly faster at 2.1%, the EU’s output growth is being held back by France and Germany’s only very modest recovery.

“Despite the 2.4% decrease in this week’s GDT weighted average auction price for commodities for sale to April, it remains a fact that butterfat and cheese returns continue at historical levels, and demand for butter and cheese outpaces supplies globally,” he said.

“In summary, markets remain strong despite some potential headwinds, and dairy farmers in Europe and further afield rightly continue to benefit in increased milk prices – Irish co-ops must make sure Irish farmers do not miss out,” Mr. Cooney concluded.