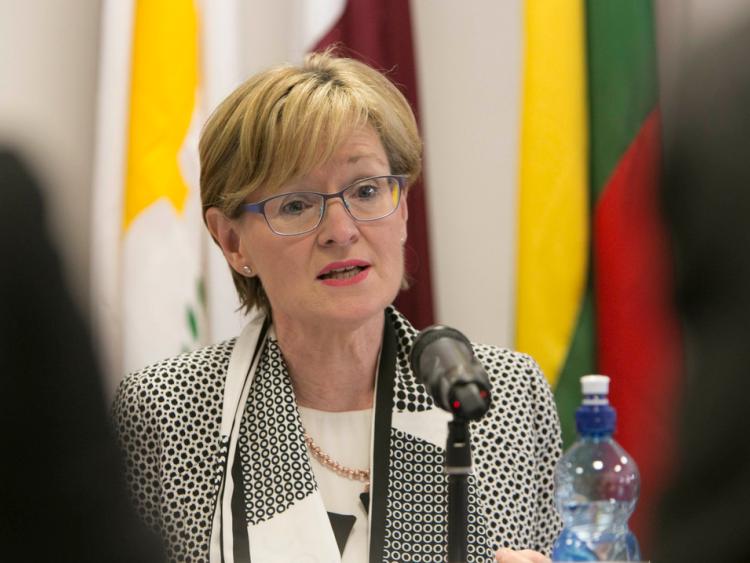 TWO Louth residents are highlighting young people's views on Brexit at a series of meetings in the European Parliament today.
Caoimhe Kerley and Cheyenne Volders are among ten members of the North South Youth Council Network being hosted in Brussels.
The group of ten are comprised of young people from counties Louth, Monaghan and Cavan, and Newry, Dungannon and Armagh.
“As the North South Youth Council Network pointed out in their Brexit report, young people in both jurisdictions will be impacted greatly,” said MEP Mairead McGuinness.
“I am hosting this group from the border counties, north and south, in Brussels to allow them share their thoughts on Brexit and hear from MEPs, policymakers and others who work at EU level.”
The group attended the launch of the Brexit and the Border Corridor report at the Northern Ireland Executive Office, Brussels this morning.
Commissioned by the 11 border corridor councils, it gives an overview of the potential impact of Brexit on the border corridor with an emphasis on the economic impact.
Later today, the group will meet with other MEPs from Ireland and the North, and attend a European Parliament Committee hearing on the Future of Europe, which McGuinness will address.