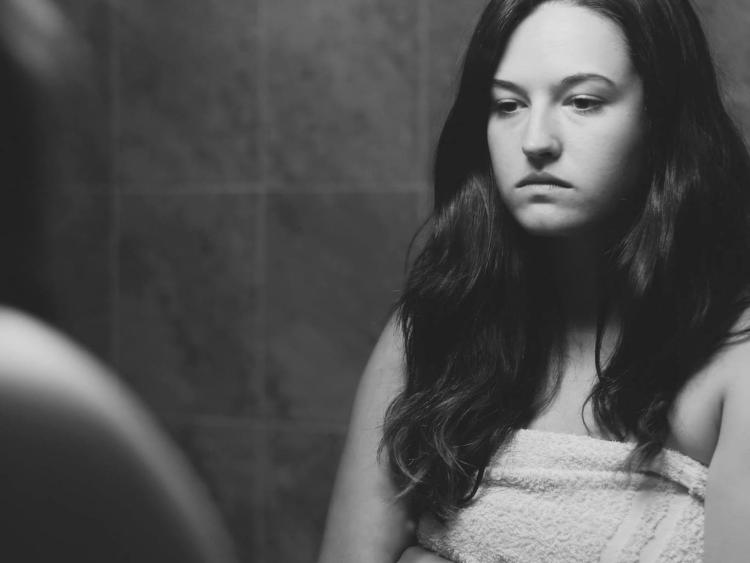 With Mental Health Awareness week getting underway across Ireland today, the return of “Cracks”, a powerful piece of devised theatre from Quintessence Theatre exploring the issue of mental illness in Ireland, makes a timely return to An Táin Dundalk.

It has also travelled to Drogheda, Castleblaney & Monaghan (where Minister for the Arts, Heritage & the Gaeltacht, Heather Humphreys, was in attendance).

Quintessence Theatre use their innovative physical ensemble story-telling techniques mingled with multi-media platforms of film and music to poignantly explore the profound struggle individuals with mental illness face on a daily basis in Ireland today.

In this darkly comical and deeply moving new play an unsuccessful suicide attempt leaves young Leanne Dowd estranged and attempting to pick up the pieces of a life still shattered by mental illness.

Devised by the company and directed by Anna Simpson, a Creative Associate of the Pleasance and Practitioner with the Globe, London, this brand new work seeks to expose the lived experience of battling a severe mental illness in an inefficient and unsympathetic system through the eyes of one young woman.

After each performance, there is a short post-show discussion with the company & a qualified counsellor, to discuss issues raised in the show & to get a conversation started about mental health in our community.

Bairbre Kelly, Counsellor and Psychotherapist had this to say about the performace:

"Went to see this amazing play last night! I have to say it was brilliant! It portrays a young person’s struggle with their mental health and demonstrates how those around also struggle to understand.

"I laughed a lot at some hilarious scenes yet I was so touched and moved by the underlying message.

"This would be a fantastic play to present to young adults as it opens up the whole area of mental health, suicide and the stigma which still persists in our society."