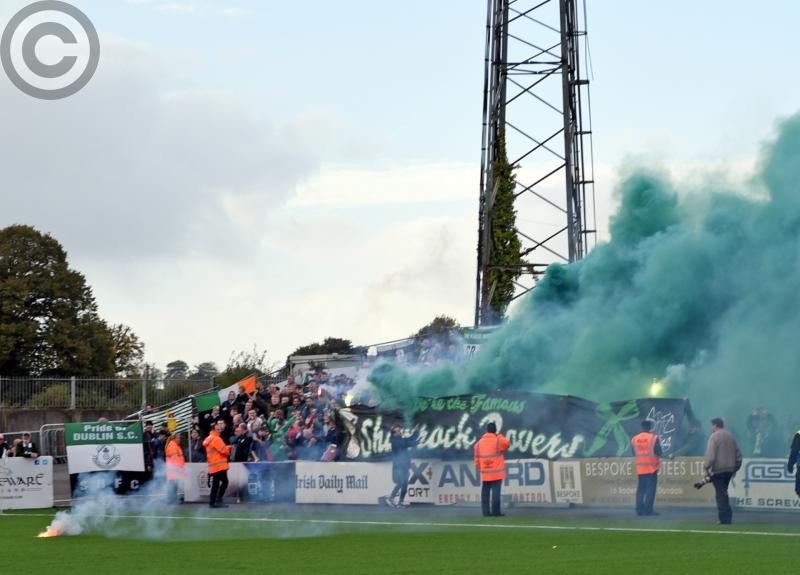 Dundalk FC officials urged the FAI to move the kick-off for last Sunday's clash with Shamrock Rovers at Oriel Park, voicing concerns that the evening start-time could lead to adverse incidents both inside and outside of the ground.

The Democrat can reveal that club representatives, together with Gardaí, urged the Association not to press ahead with the 4.45pm plan, but were ultimately overruled as the game 'needed to fall in line with television schedule requirements'.

This comes after significant damage was caused to the pitch when visiting fans hurled a flare during the drawn FAI Cup semi-final, leaving sizeable scorch marks in the surface. Structural damage has also been reported elsewhere in the away section, with facilities and advertising hoardings now in need of repair.

"We are currently liaising with the FAI and will most certainly be seeking compensation," a Dundalk FC spokesperson confirmed. "This is not acceptable".

"The whole thing was wholly avoidable and we raised our concerns well ahead of time across several meetings last week. Late weekend kick-offs like these can often lead to serious problems in and out of the ground, and unfortunately that's how it turned out here.

"The television schedule set the agenda on this and I think it's time people got their priorities right. We'd just like to apologise to all our young home fans who were subjected to that behaviour on Sunday."

There were also a number of related incidents reported in Dundalk town centre, with Shamrock Rovers fans having vandalised the Fane Bar and spray-painted graffiti at the Park Street premises.