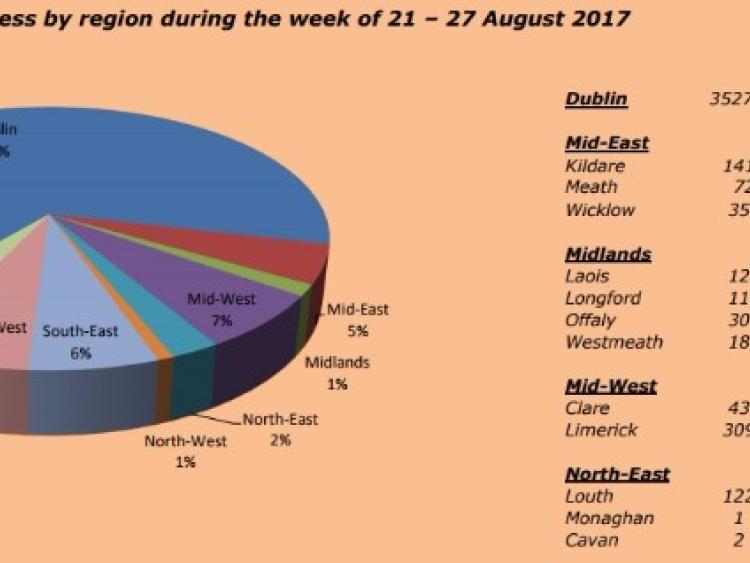 The Department of Housing, Planning and Local Government released the Homelessness Report for August 2017 on Friday evening and in it the homeless figures for Louth are included.

Previous figures show that at the end of June 2017, 110 were homeless in Louth, indicating that homelessness in the county has shot up by almost 11% since the end of June.

When looking at the North East as region – made up of Louth, Cavan and Monaghan, it was revealed that there were 125 adults homeless in the region in total. 122 in Louth, one in Monaghan and two in Cavan.